About a month ago I picked up the new book by Martin Rudow titled “LOST ROAD COURSES” which has brief chronicles of a number of past race tracks in the United States that have closed and are now part of racing history. The book was published by well known group of Car Tech. Just some of these past road courses that are covered by Mr Rudow are Riverside International, Ontario Motor Speedway, Meadowdale Raceway and Green Valley, just to name a few.

In my earlier days, I was fortunate enough to race at both Riverside and at the road course in Ontario Motor Speedway and I also grew up only a few minutes away from Meadowdale in northwestern Chicago area when we lived in Algonquin,ILL along the Fox River near the track. Never had a chance to run at Meadowdale as I was a bit young and the track closed not long after the 1968 Trans Am Race, of which I attended with my Dad who was part of the American Motors Javelin Team that year.

Come back in the near future as I will try to put up some additional photos that we have from these tracks and possibly some converted movies from ’68 Trans Am Race and some other footage from the others……. 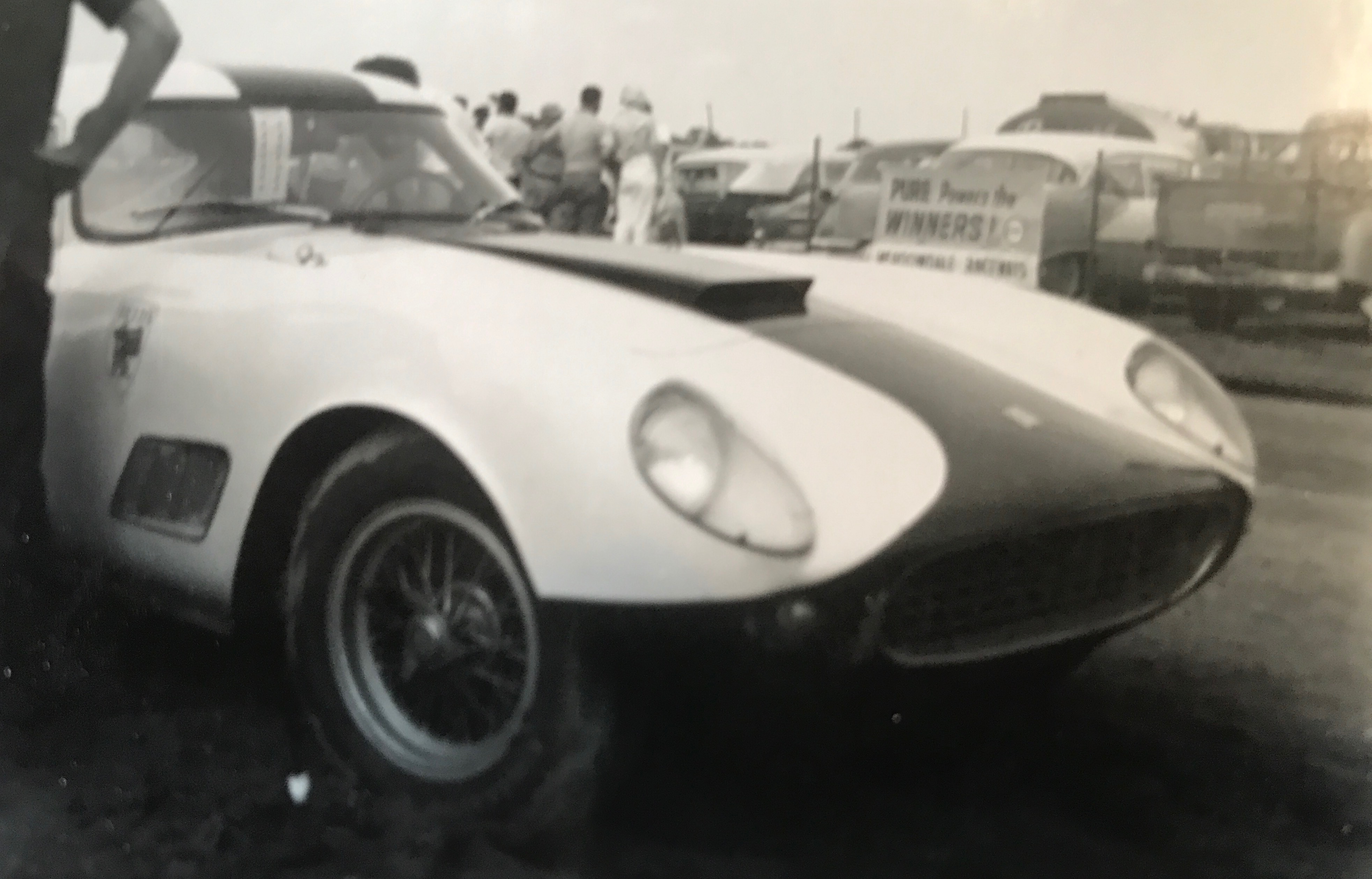 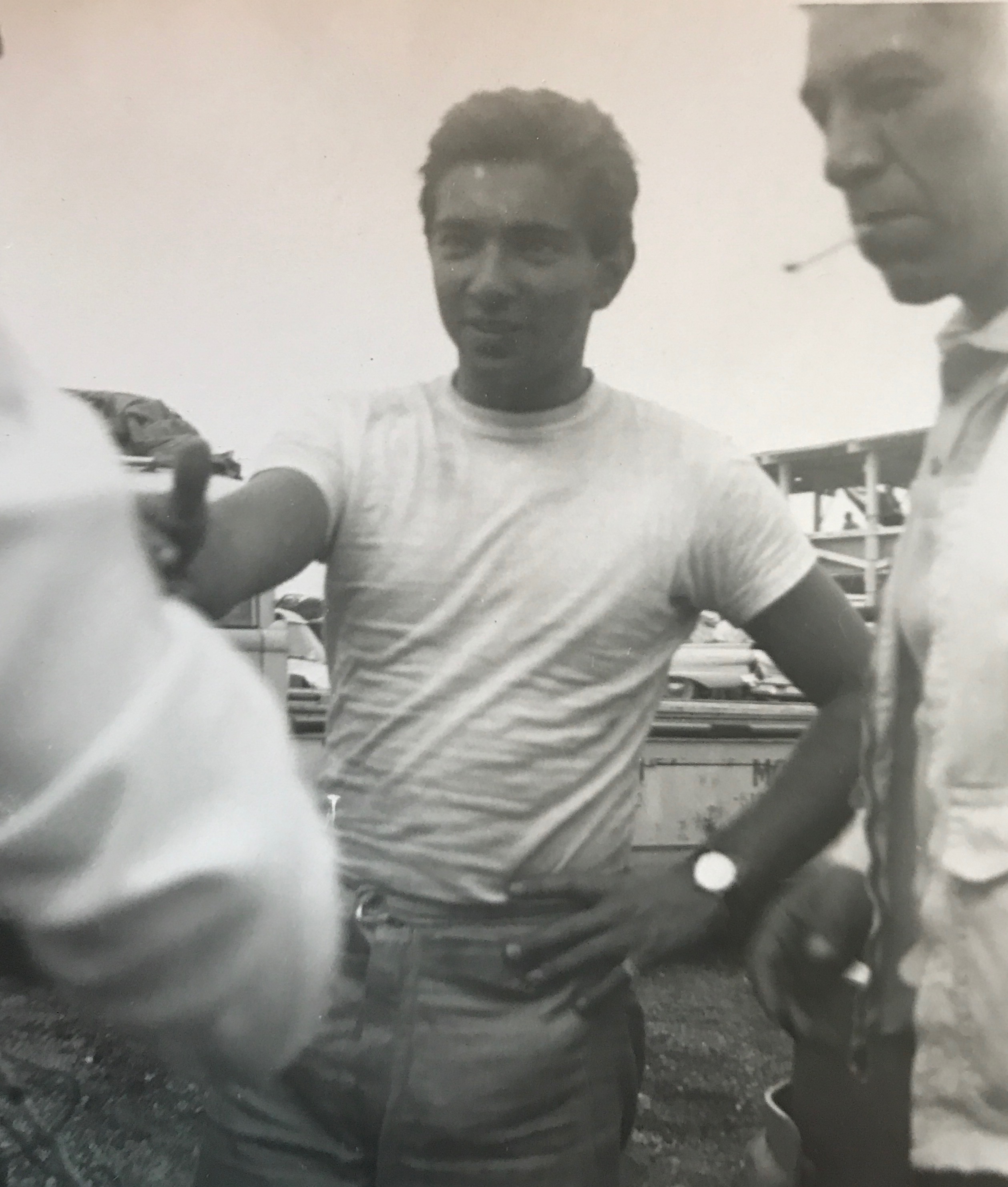 Pedro Rodriguez chatting prior to race in pits at Medowdale before heading out in that beautiful NART FERRARI Coupe. (photo by Paul Doerr/Custom Craft Auto) 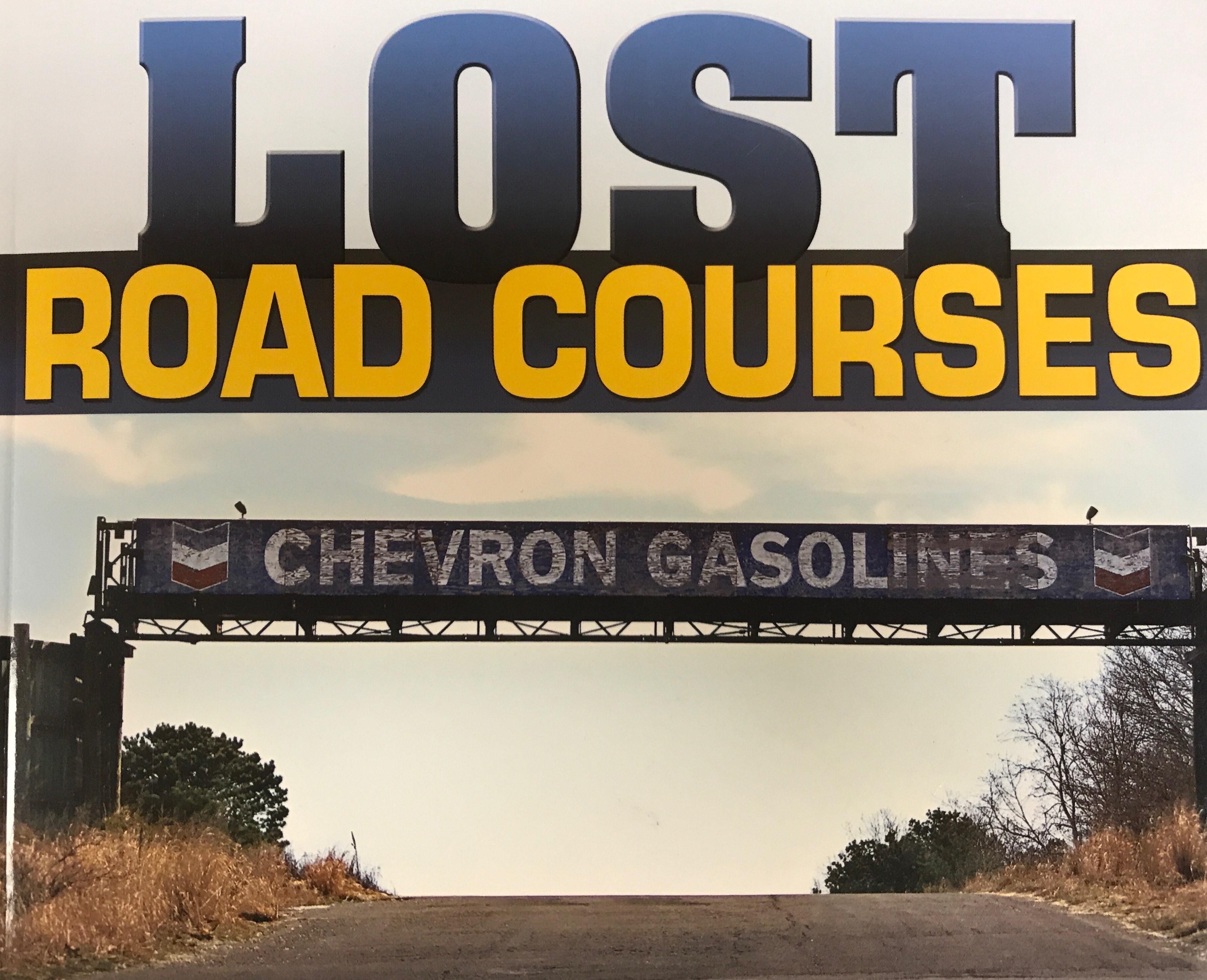 Jerry Titus in the Shelby Mustang leads George Follmer in the Javelin through the Hairpin at Meadowdale at the 1968 Trans Am race. A little “Rubbin” was racing then for sure….. but, Follmer would get disqualified for “rough driving” and deliberately trying to take out Titus in lead Mustang……. 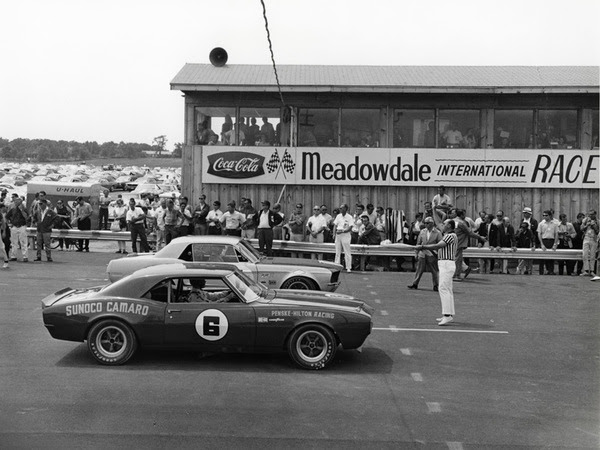 Starting grid for the ’68 Trans Am race at Meadowdale held on July 7, 1968. Front row of Jerry Titus in Shelby Mustang and Mark Donohue in Penske Camaro. Titus set fastest lap of race but Mark would go on to win the race. (photo courtesy of Penske Racing archives) 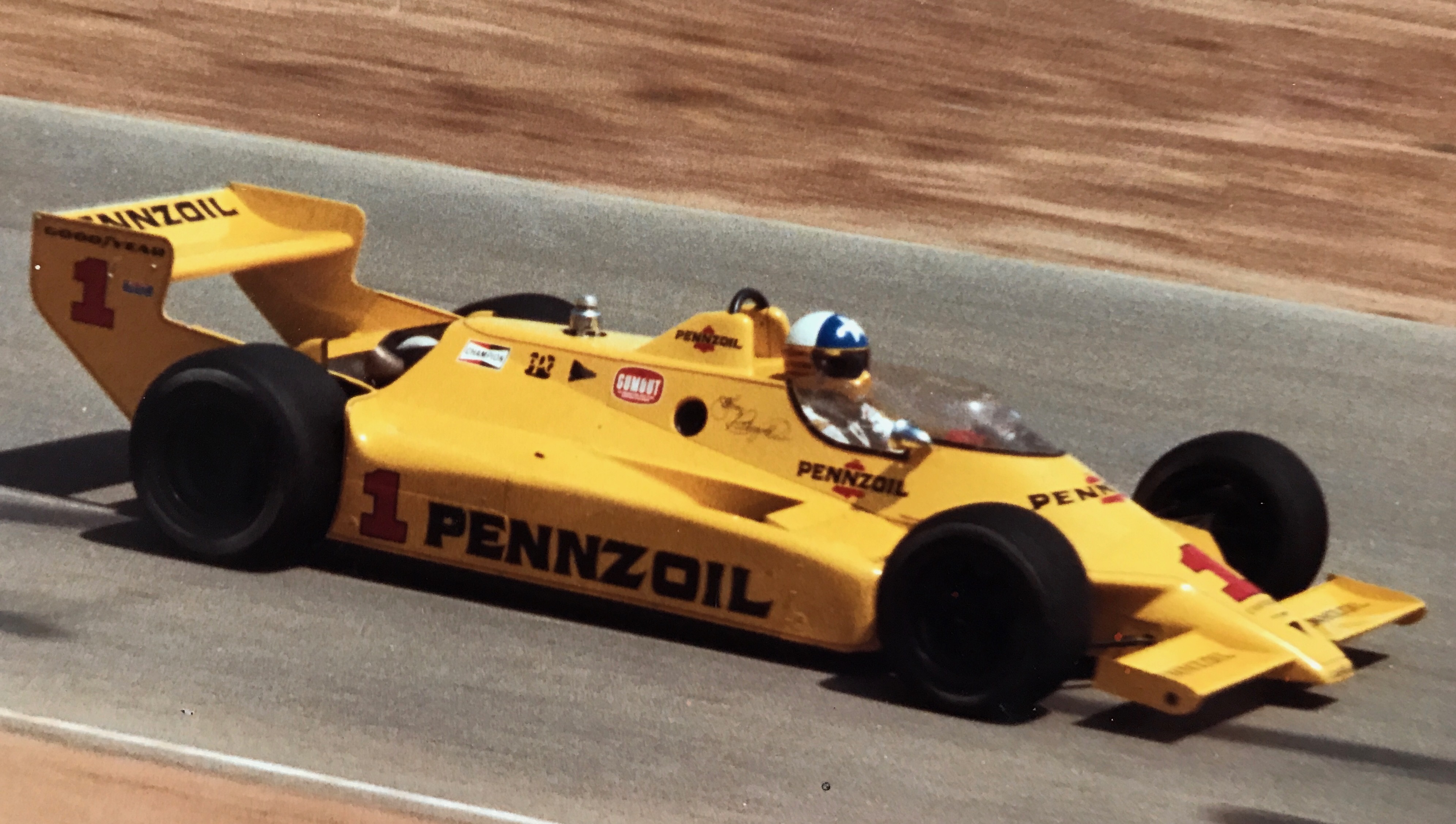 The revolutionary “Ground Effects” Jim Hall Chaparral driven by Johnny Rutherford at Riverside Raceway in October of 1981. I shot this picture as you come right over the slight rise coming into turn 7. This was always one of my favorite cars and first time to see it run in person. Have some other photos somewhere to dig out from in the pits. This Indy Car race may have been the last one run at Riverside…….I will have to check that out? 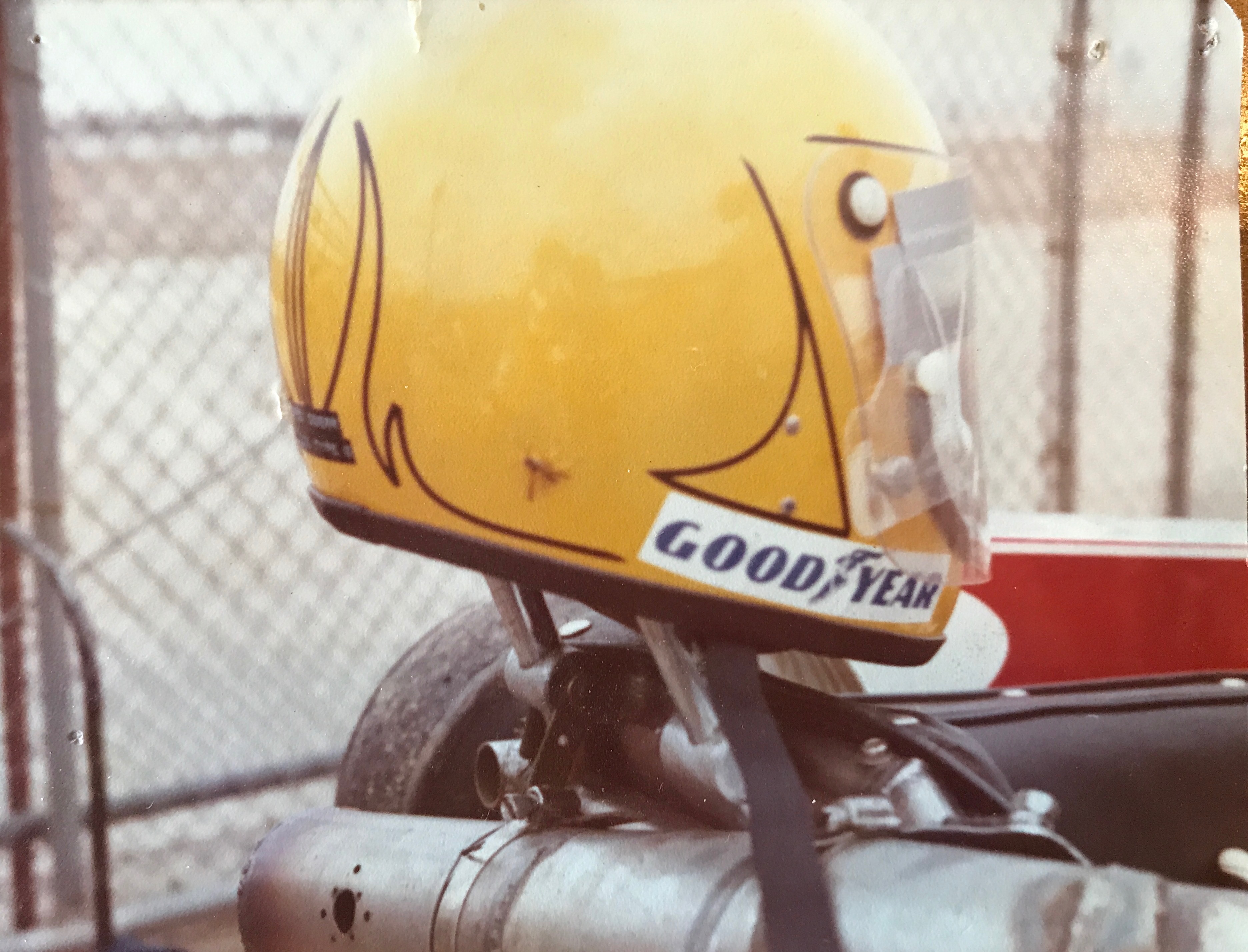 Since I had the picture of the “Yellow Submarine Chaparral” above from Riverside, I thought I would put up this picture of my helmet in the pits at Riverside from 1976 when we were racing Karts there on the short course where turns 7A and 7B were used and you came out on to the back straight just before the bridge, same as Trans Am.   My girlfriend at the time shot this as we were running a titanium framed version of a “Hornet” Kart and a real hornet was attracted to my bright yellow helmet. If you look close you can see it between the Goodyear decal and pinstripe at side…….. 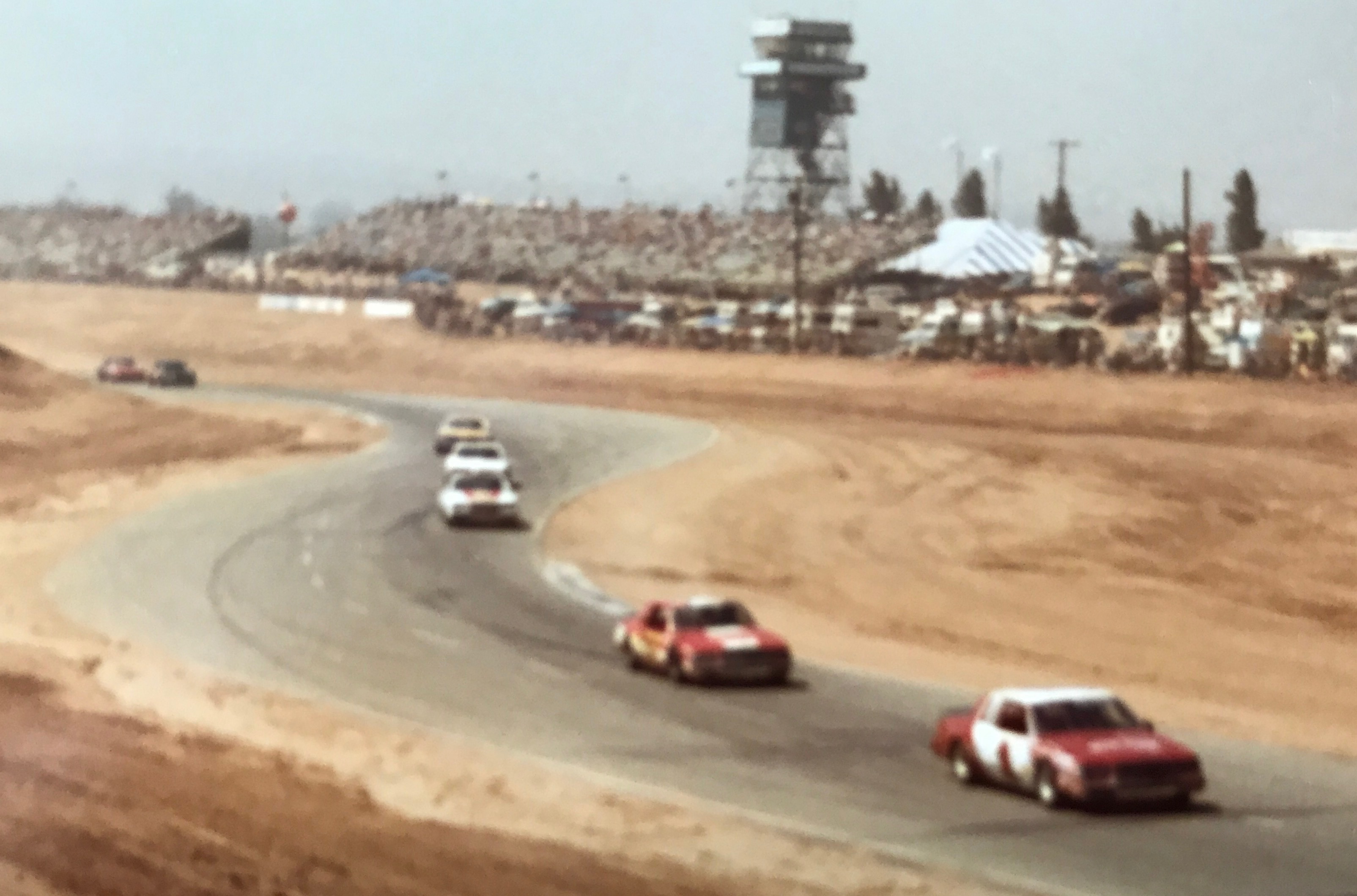 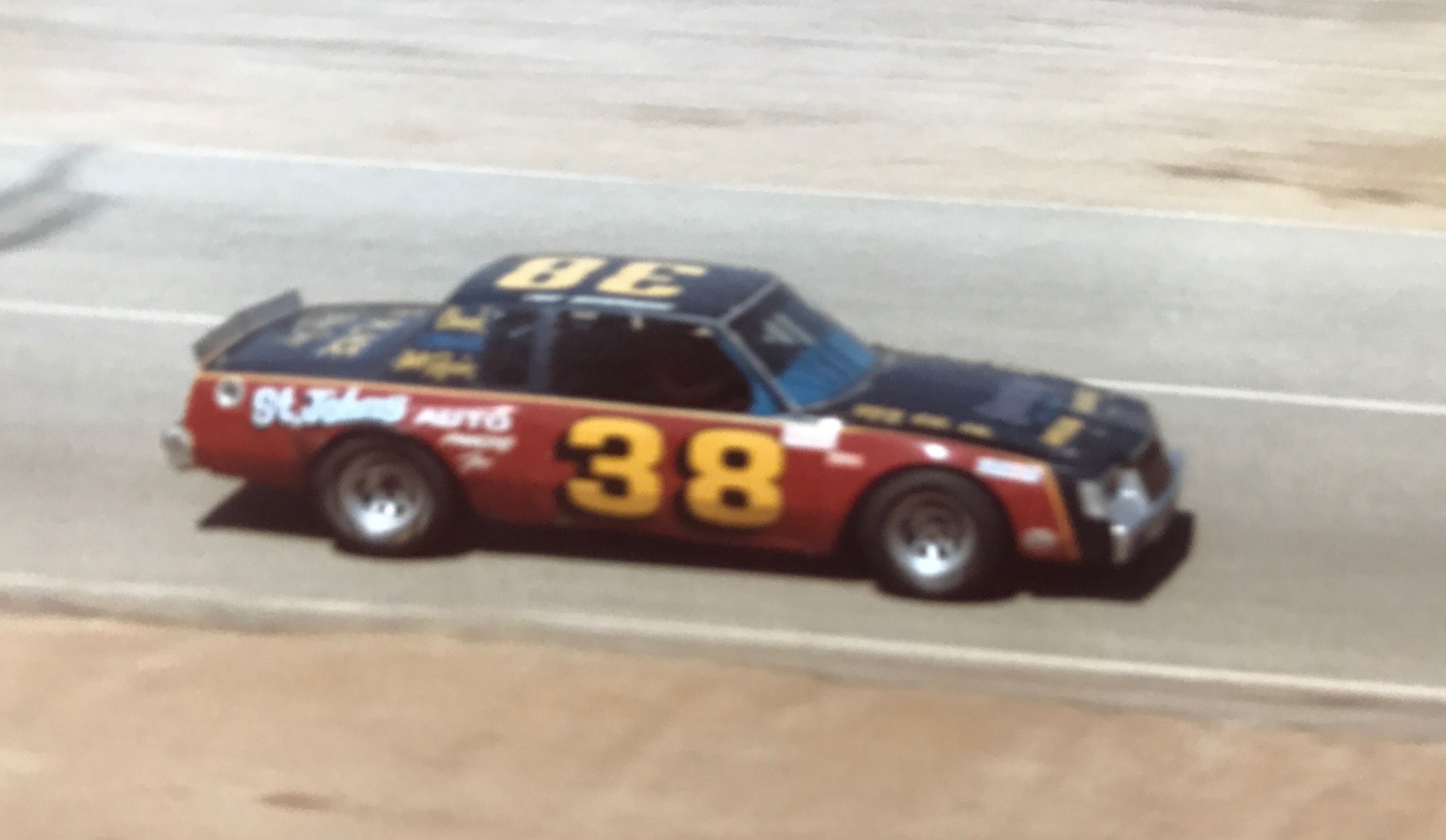 One thought on “LOST ROAD COURSES: A New Book to Review”