Given that this is Labor Day weekend and It begins with a big “L” and my wife and I were watching a great documentary about the Lincoln Highway, I thought I would re-post a few pictures of the first bridge rails with “LINCOLN HIGHWAY” that were cast that are part of the original alignment through Washoe County here just outside of Reno and about 5 minutes from our house near Verdi. On some of the Holidays, it is certainly time to think a little bit about history in this great nation of ours, and the Lincoln Highway which opened up our road system from New York to San Fransisco, is certainly way up there in significance for the start of our “Motor Car” era. The Lincoln Highway, which was thought up by Carl Fisher of Indy 500 fame and many early auto makers, was constructed in many bits from Times Square in New York to Lincoln Park in San Fransisco here in the West from 1913 to 1927. This piece of American Motoring opened up the roadside businesses in many many states along the journey.

Through our area here in Northern Nevada and Eastern California, the route actually split and part followed Highway 50 to the south of Lake Tahoe and here by us along old HWY 40, now Interstate 80, through the Sierras over Donner Summit and down to Auburn and Roseville and on to Bay Area. There are still many signs and bits and pieces of the old road if you stop and slow down on your journey’s to look for them. 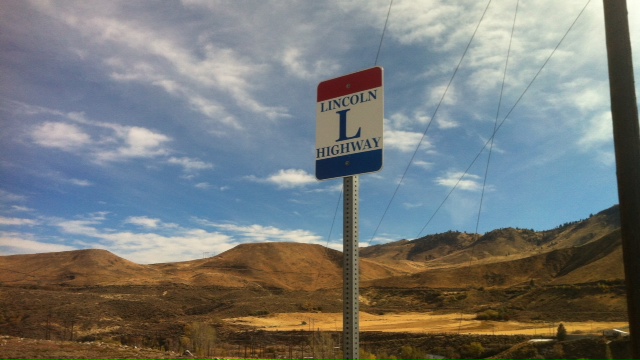 The traditional big “L” on red, white and blue sign denoting part of the road and old alignment. 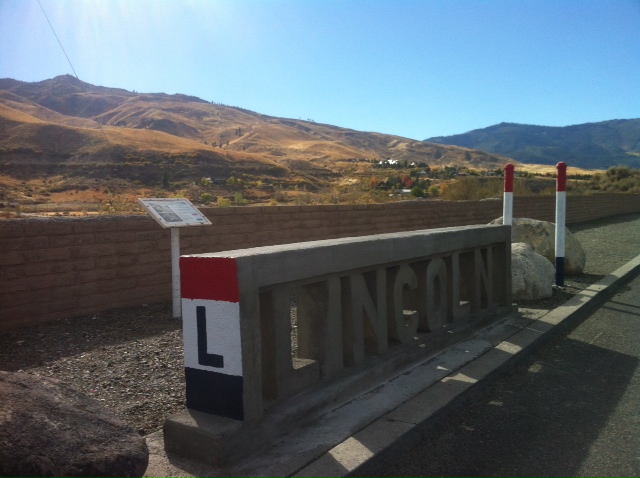 The monument and scenic lookout just off I 80 outside of Reno near the Boomtown and Verdi exits as a tribute to the Lincoln Highway. 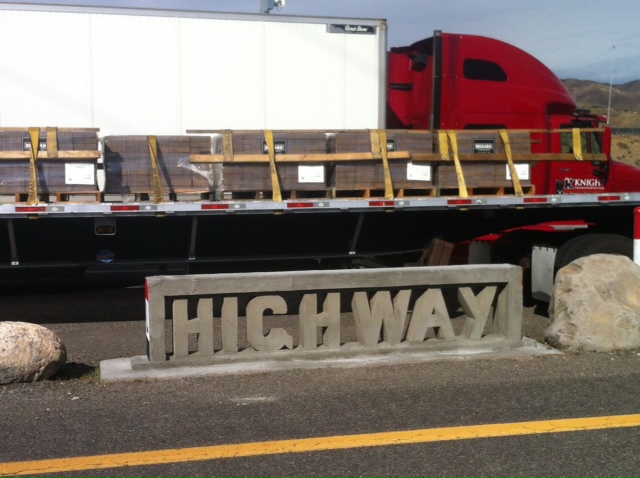 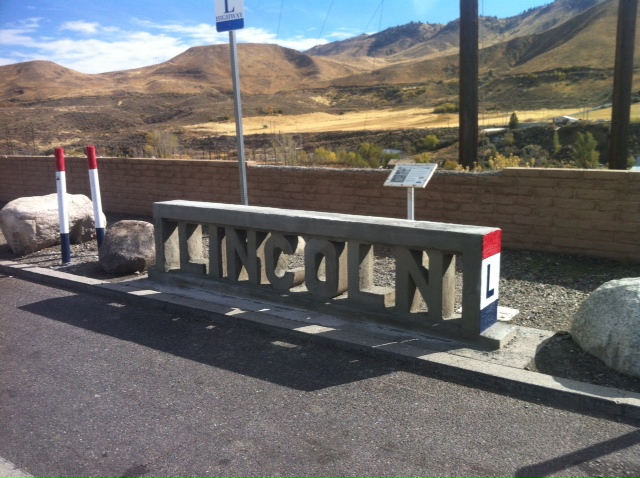 Both rails that have been moved to this spot from about 1/2 mile down the road towards Reno where they were originally constructed in 1914. 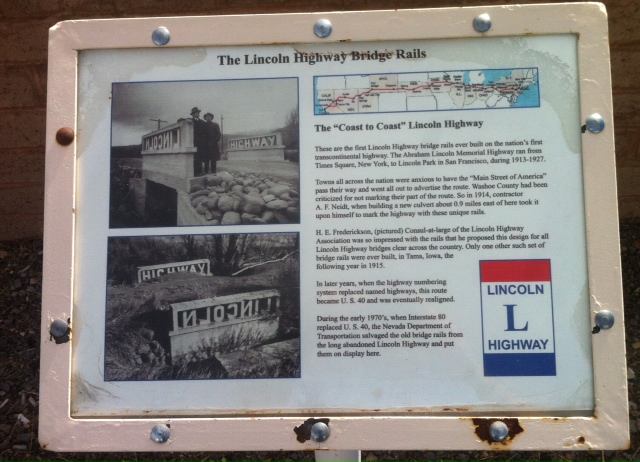 The monument plaque to the Lincoln Highway at this scenic turnout. Stop sometime for a look and learn a bit more if you are on I-80 in Northern Nevada and Eastern California in the Tahoe-Reno area. 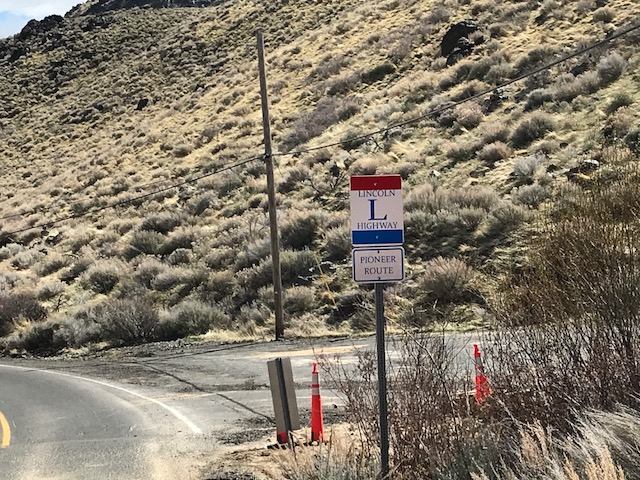 A Big “L” marker sign for the Pioneer Route which was the southern one that split off and went up through Carson City. This is going up Kings Canyon to the west of downtown and near Lake Tahoe. 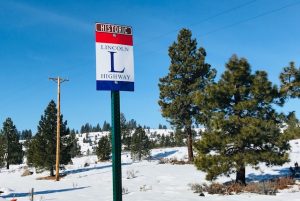 A new “L HISTORIC” Sign that my wife and I spotted going into Truckee along old Hwy 40 through Glenshire where the road returns to the old route. This pic obviously not from last Labor Day when post was written, but just the other day in late Jan ’19. Although we have seen a bit of snow once in awhile on Labor Day, but not to often….