During this years Woodward Avenue Dream Cruise in Detroit in mid-August,Ford Performance unleashed and unveiled to the public, the 50th Anniversary Mustang Cobra Jet Drag Car.

This new pony car in NOT a street legal cruiser, but a full on “Turn Key” Race Car that you can order at a local Ford dealer. It will be a limited edition build run with only 68 of these beasts available to honor the year of 1968 which was the when originally debuted.

Power for the “Drag Stang” is from a 5.2 litre version of the Ford Coyote performance V-8 with a fifth generation Whipple Supercharger planted on top and a three speed all out full race drag  transmission. Speeds in the quarter mile are anticipated to be over 150 mph in right around 8 seconds. This will necessitate the use of a NHRA Race Spec parachute that is included and rear mounted with a purchase.Horsepower will be in the 1,000 bhp range…..”oh baby”!

The factory built Cobra Jet has a 4 Link rear adjustable suspension and an already built in NHRA certified Roll Cage and safety seats.

This new 2018 Cobra Jet is a tribute to the original Mustang Drag Option that originally debuted at the 1968 Winternationals at Pomona California. A “JET” won in the SS or Super Stock class with drivers such a “Dyno” Don Nicholson, Jerry Harvey, Hubert Platt and Gas Ronda.

These quick Pony Factory Drag Cars do NOT come cheap, but what is these days? Prices will be right around $130,000.00, but that gets you an 8 second competition machine and a tribute to Ford “Total Performance” 1960’s history. You also get a choice of 2 colors: Oxford White or Race Red. 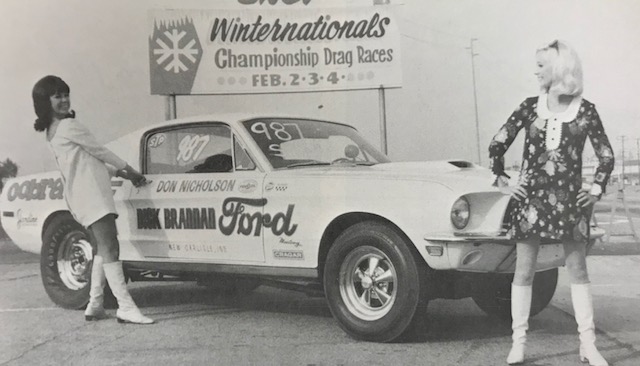 The “Dyno” Don Cobra Jet at it’s release for the 1968 Winternationals…..Groovy Baby, YA. 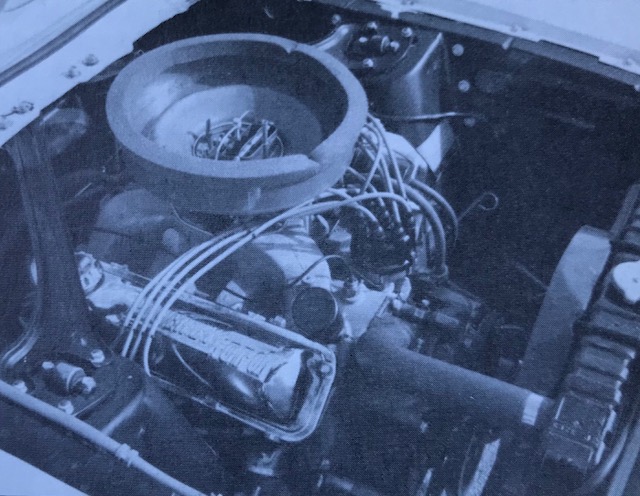 Gas Ronda in the Bob Davis Ford Cobra Jet in Super Stock Automatic E class competition at the 1968 Winternationals…….”Wheels up”!!