The 1967 Terlingua Racing Team is probably one of the unlikeliest race teams to ever either win a major race let alone a Series Championship.The team was created when Shelby American wanted to run Ford Mustangs in the new SCCA Trans Am Sedan Series. But,”politics” of funding at the Ford Motor Company had already granted the “official” budgeted dollars to Lincoln-Mercury for the Cougar Team. Shelby had been involved with Ford’s “Total Performance” Program starting in the early 1960’s when both Henry Ford II and Lee Iacocca wanted a new sporty race image for the manufacturer. The image update was certainly accomplished with Shelby’s Cobras, Mustang GT-350 and the Le Mans winning GT 40 programs. So when Carroll Shelby found out that Mercury had been budgeted the dollars to run a new team of Cougars through NASCAR’s Bud Moore, he right away called up their contact Ray Geddes at Ford. Geddes had been instrumental in obtaining Ford’s backing for most of the prior programs with Shelby American. He told Carroll not to worry that it was “internal politics” and Geddes believed that Mustang needed to be in the series as he had known that Chevrolet was going to be assisting with the funding of 2 Camaros for the Penske Team with Mark Donohue as lead driver. He said to Shelby that would find the dollars to fund a “one car team” out of some other budget under one caveat; The Mustang could NOT be entered by either Ford or Shelby directly.With that, the Terlingua Racing Team was born……

COME BACK SOON FOR “The Rest of the Story”.

The Sebring winning Mustang driven by Jerry Titus in 1967.The first race for the team in it’s “Gawd Awful Yellow” colors by Shelby. 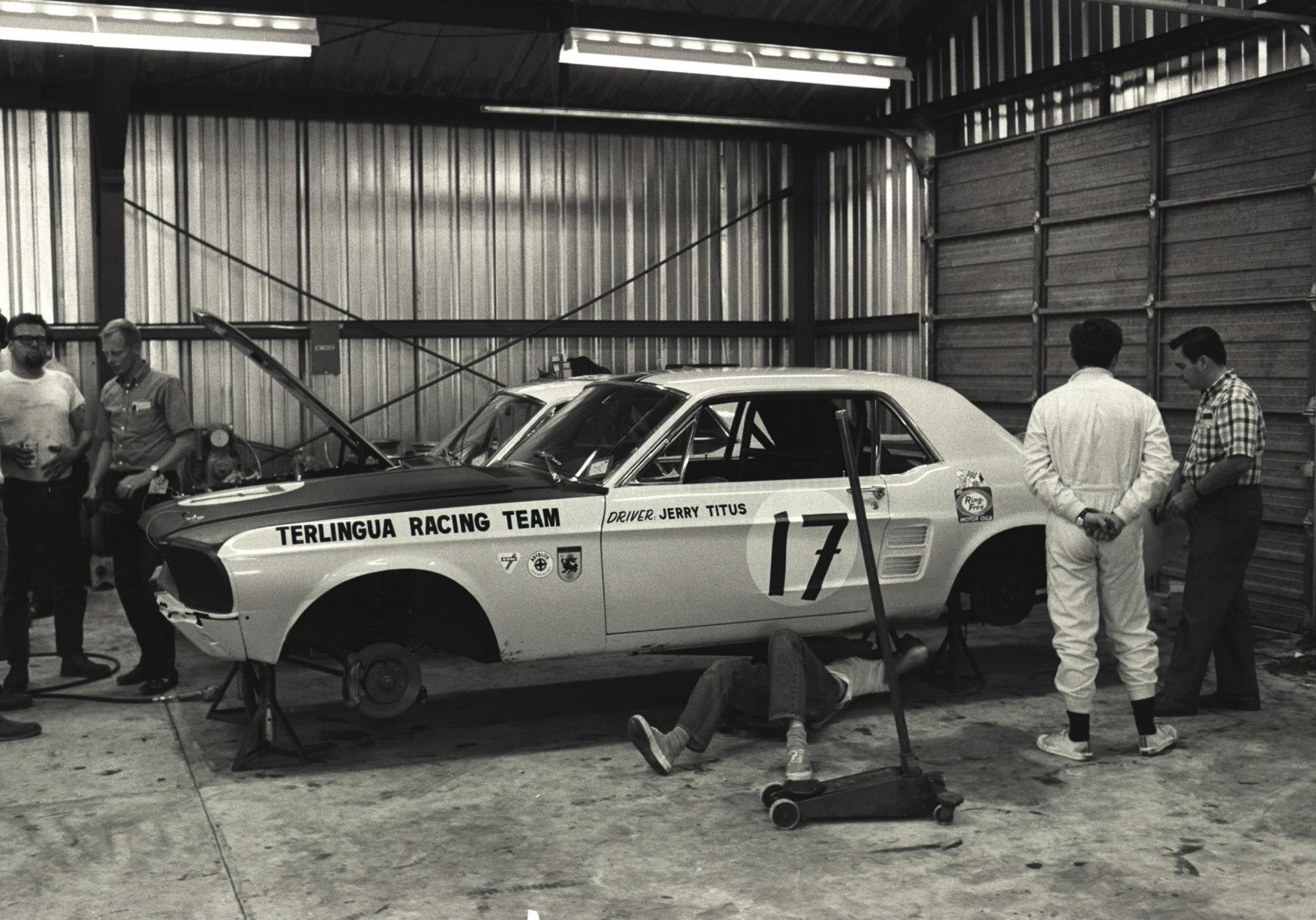 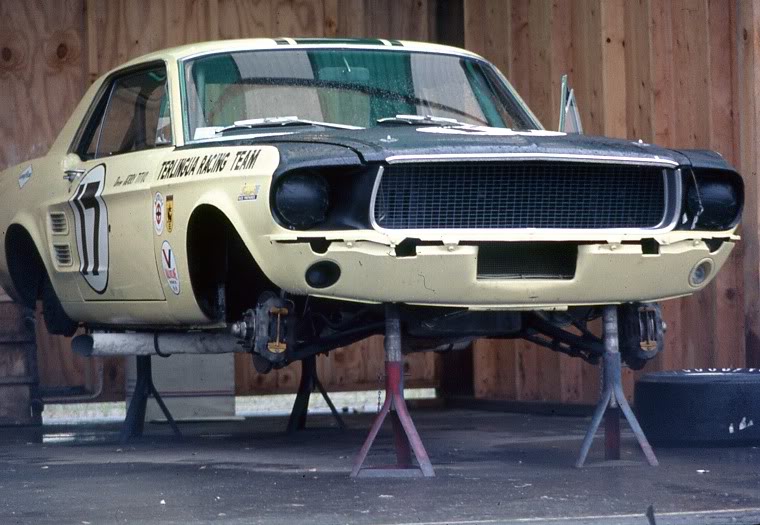 Great shot of the Terlingua Mustang prepped and ready for Goodyear Rubber prior to the 1967 Trans Am race at Bryar. 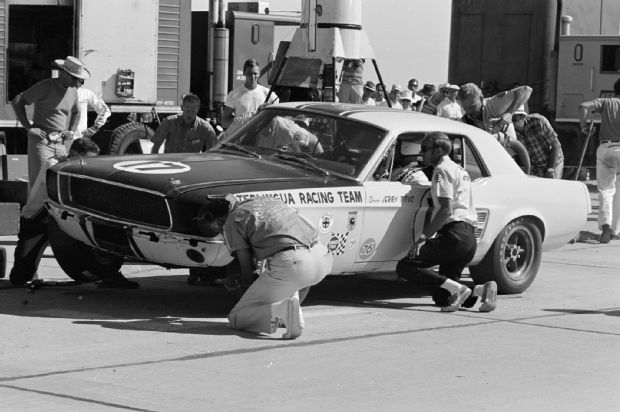 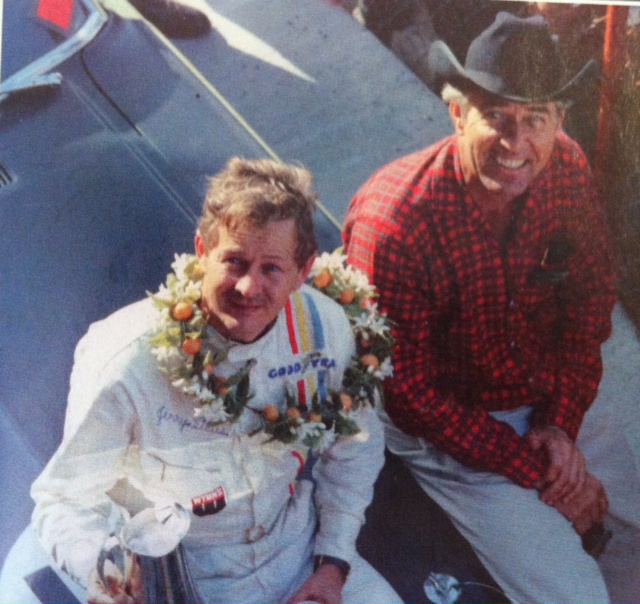 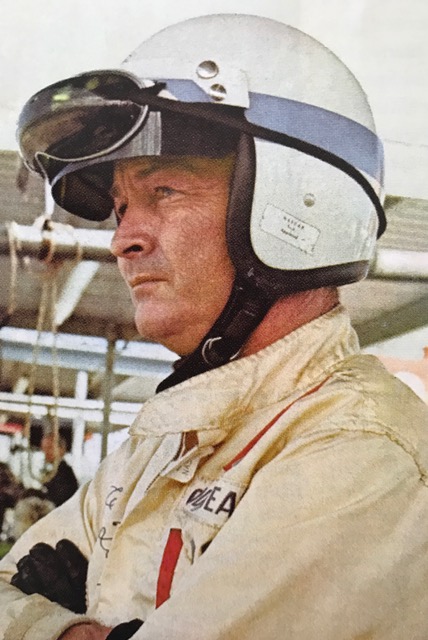 ” MR TRANS AM ” Jerry Titus getting focused and ready to race the Terlingua Mustang. 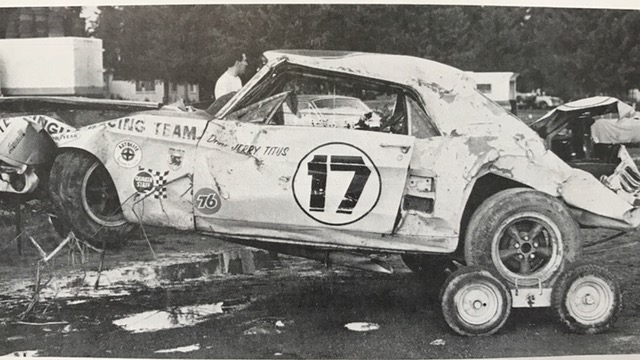 BIG OUCH!…..The original Terlingua Mustang was rolled and wrecked big time during practice for the last race of 1967 season at Kent, Washington on October 8, 1967. The Shelby crew would borrow a privateer entry Mustang from John McComb for Titus but it was Ron Bucknum finishing 2nd behind the Penske/Donohue Camaro that sowed up points for Team Championship…… According the “Vintage Motorsport-Journal of Motor Racing History 1995” , The Shelby Crew took off a few parts that were still salvageable and literally gave the Mustang away to a local fan. If someone out there really got this wreck and did something with it, that would make for a great History Update Story.. 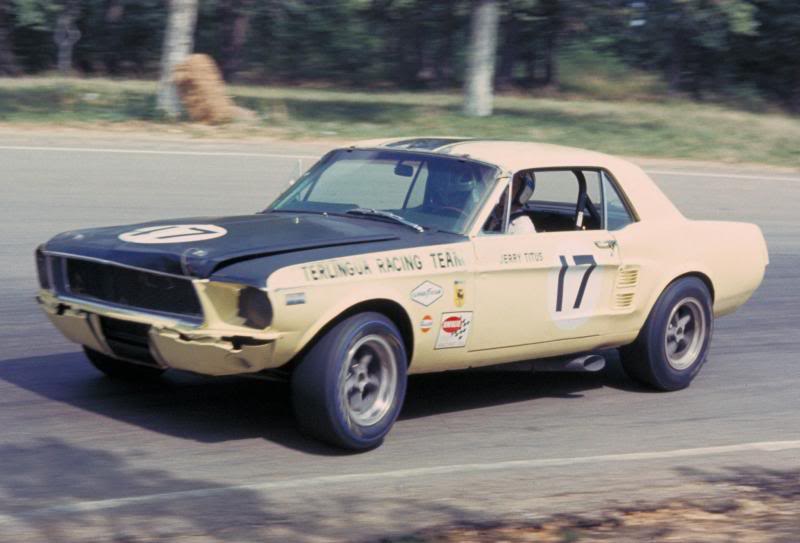 “Mr Trans Am” drifts the Terlingua Mustang Coupe at Green Valley Texas in 1967. 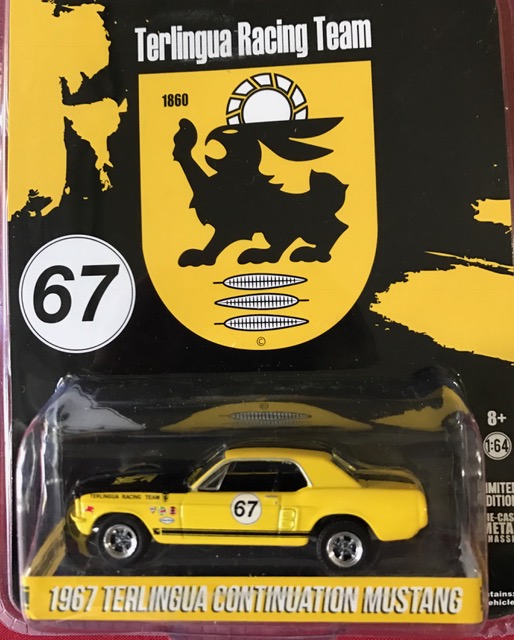