For quite some time the early to mid 1980’s Muscle Cars were looked down upon to bring out to the “classic” shows and events,even though most are way over thirty years old, and pre date the “computer age” cars of today and recent time. In a current issue of “Muscle Car Review” , they even had an article showing 80’s Mustangs, Camaros, Buicks and a few others including Corvettes, that are now becoming a bit more “collectible” and OK with the established groups of the Muscle Car community. We certainly think this is finally good as we have had our share of 80’s Muscle and still have the “81 Mustang SCCA GT3 Race Car that seems to be “in vogue” to now bring out to events….

Tell us what you think and we will be posting some more pics and opinions and possibly a episode on Wheels N Motion in the near future, Until then….. 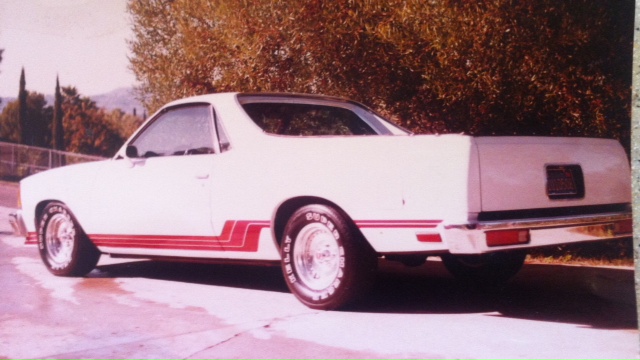 We consider these ’80’s Chevy El Caminos a Musclecar Classic. This is one of our “Custom” Caminos that was a race part hauler with show quality paint work done in shop. 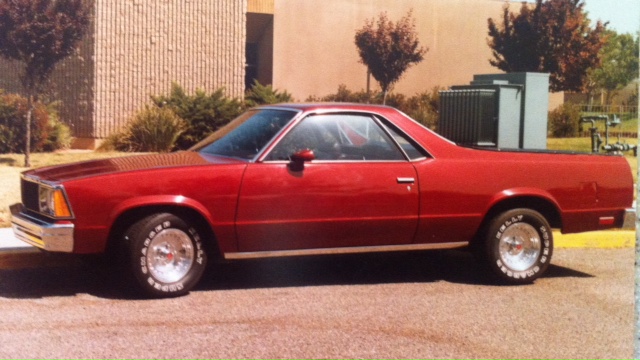 Same Camino as above with Custom Candy Brandywine paint and polished Centerline wheels before the SS front spoiler and lowered suspension. 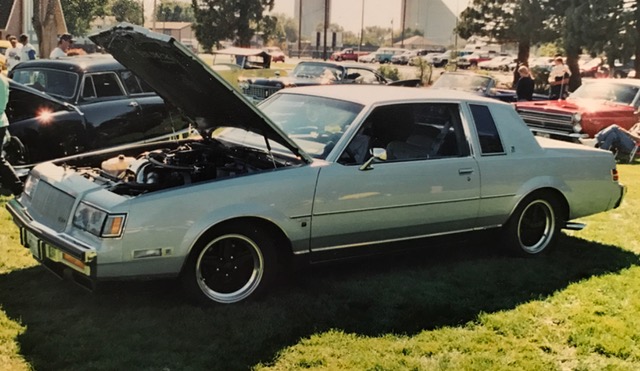 Early ’80’s T-Type Buick of one of our guys with turbo motor that was one of fastest machines you could buy at that time. 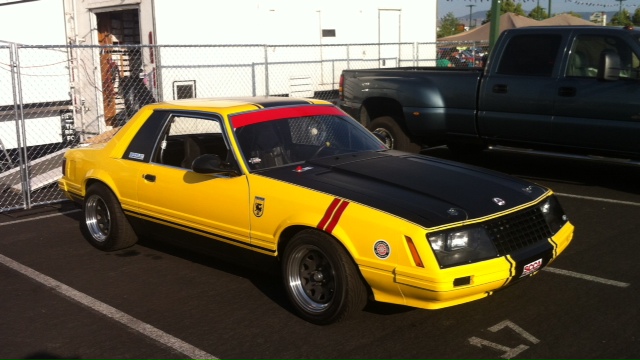 Our ’81 Mustang in the “Terlingua Race” colors with out the numbers and sponsor decals etc at Hot August Nights here in Reno. 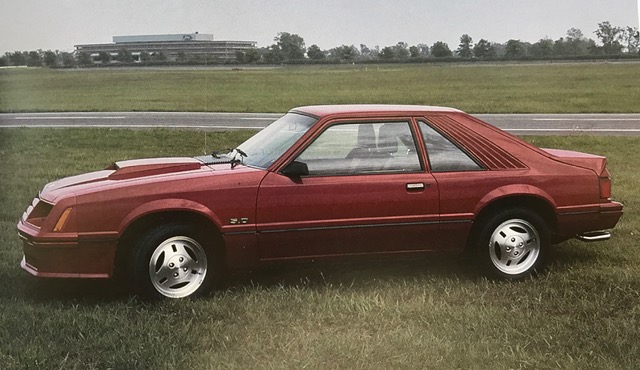 Arguably, the car that brought the “Musclecar Era” back from the dead of the mid to late ’70’s. The 1982 Ford Mustang GT. Ads from FORD blared out that “THE BOSS IS BACK” with the new 5.0 liter (302 cid) V-8 with very solid performance for the times.

Another one of our “Custom Hauler” ’80’s El Camino muscle in great looking Guards Red a popular Porsche color at the time. 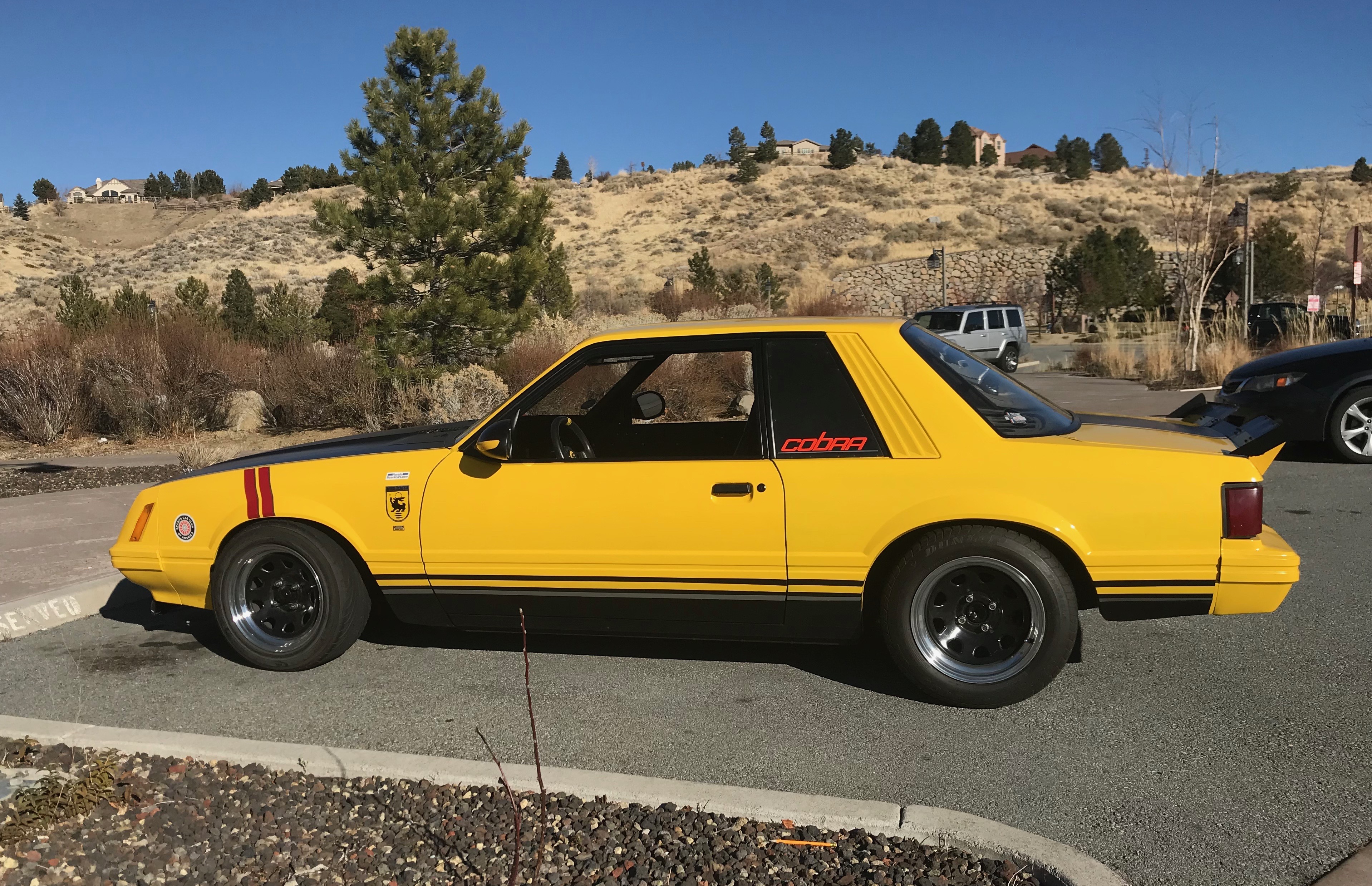 Our 1981 FORD MUSTANG GT3 Race Prepped SCCA Road Racer, sans most of decals and numbers etc, out to stretch its legs.  Drew a crowd of kids, which the bright yellow seems to do for some reason. 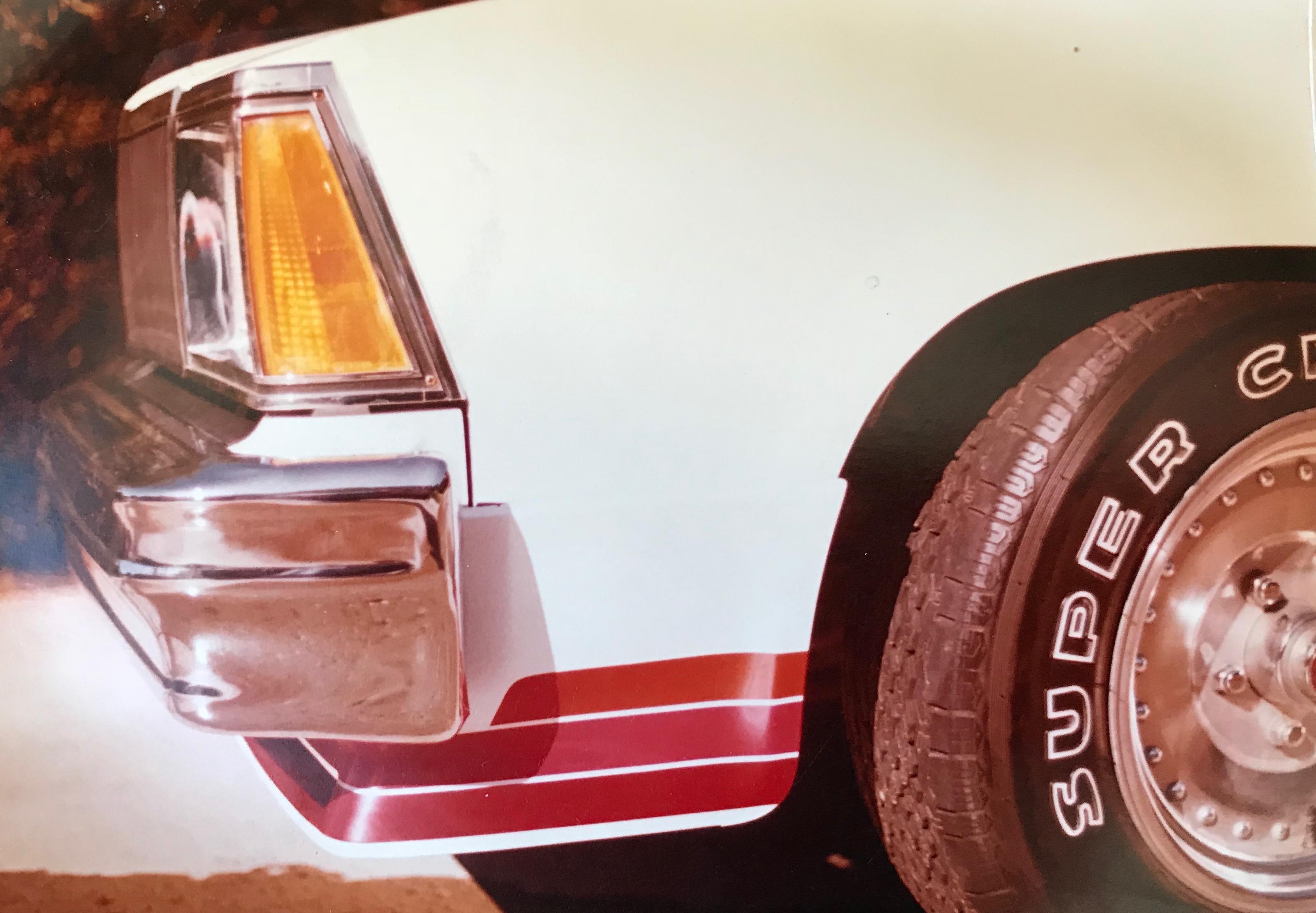 A recently found shot of the SS Camino spoiler for 1980 Custom Shop Hauler for Custom Craft……….love those polished Centerlines. 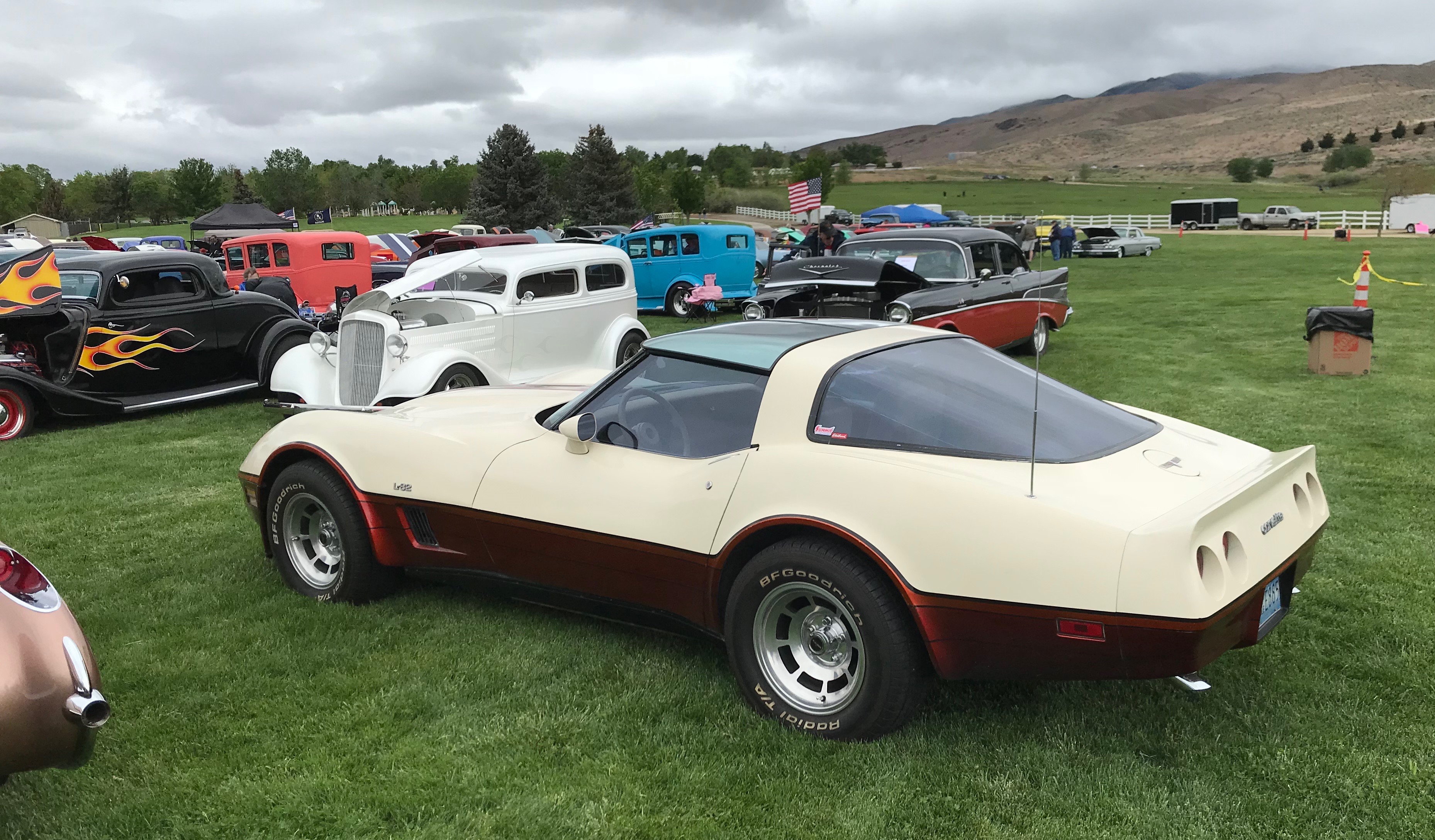 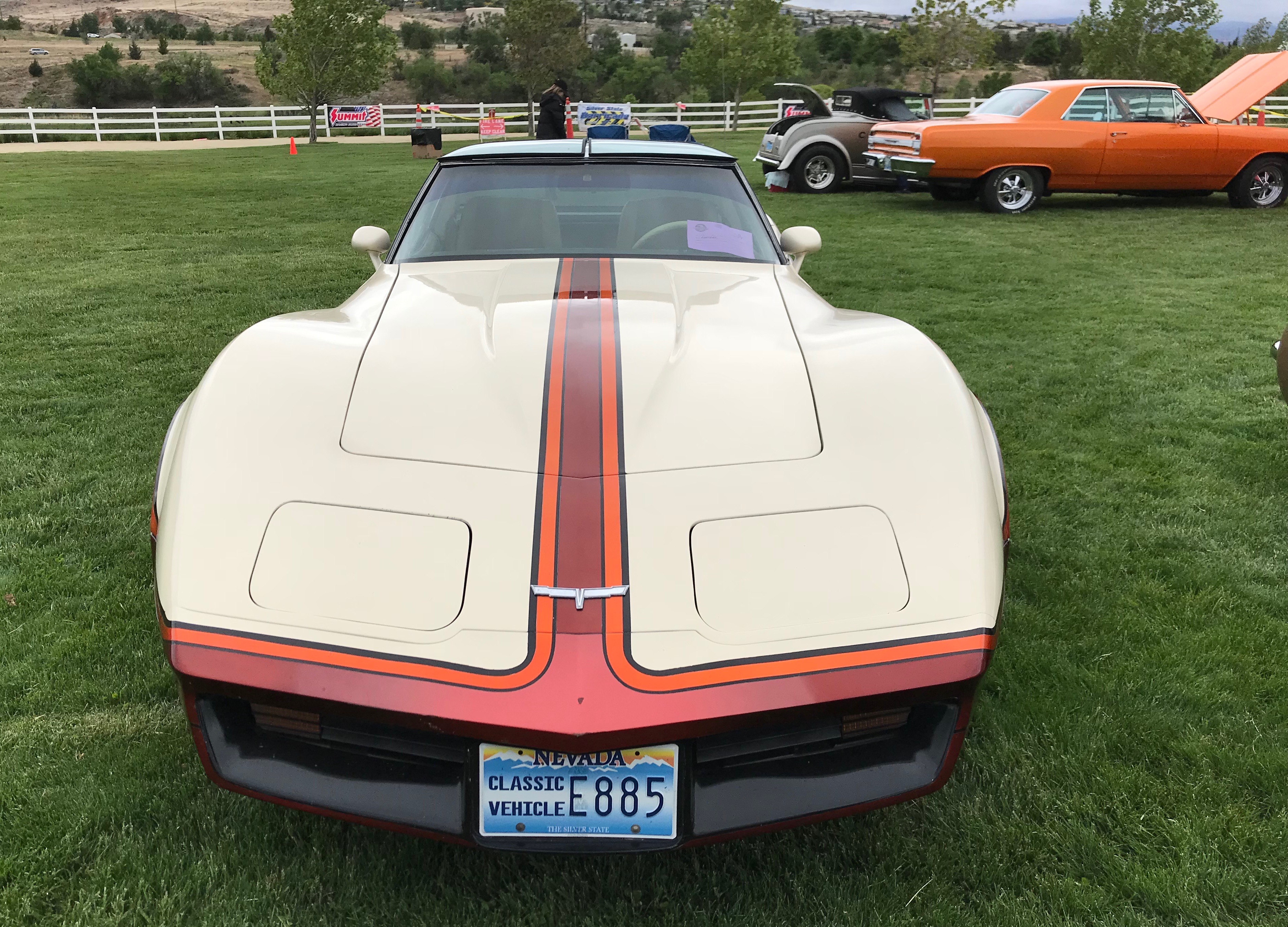 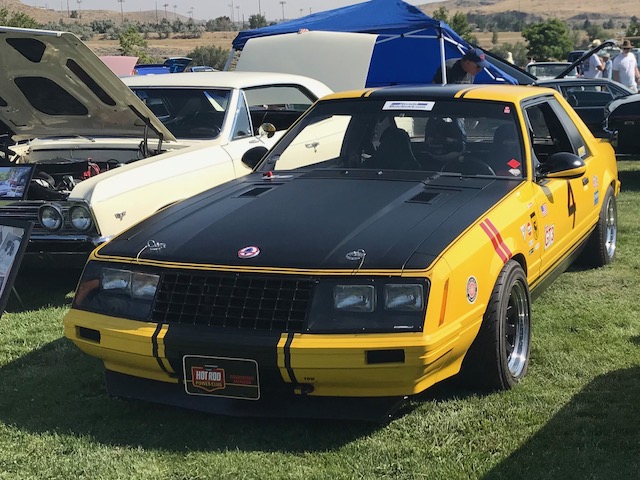 Our 1981 GT3 MUSTANG at the recent HAN Kickoff. Had many people say it was cool to start to see few more of the ’80’s Muscle in at some of the shows. 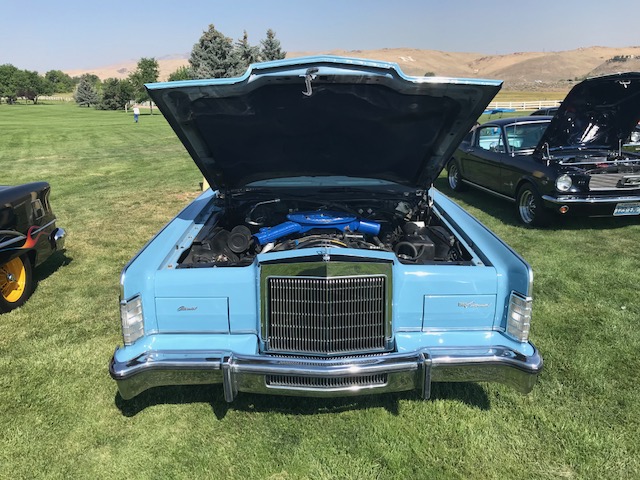 Very clean Lincoln Continental from early “80’s era with monster 460 right before all the computer PCM’s….

Our Terlingua Race Team tribute GT3 Mustang at Hot August Nights among other older classics……The extra black stripe on fender was in honor of Lee Iacocca , “Father of the Mustang” who had just passed away recently.

10 thoughts on “1980’s MUSCLE CARS: Is it now in vogue to bring out these Eighties classics?”