Back in the mid-1990’s, a bunch of the local Sports Car clubs and racer/enthusiasts put on a downtown Reno event to be in conjunction with Motorsports events that are hosted around here which include Hot August Nights, Street Vibrations and the Reno Air Races. It was called Sports Cars and All That Jazz and like the Hot Rod and Motorcycle events, a good portion of downtown was closed off for the weekend and Sports Cars were on display with a Jazz musical theme with a number of bands playing at outside stages. It was another cool event in association with the National Auto Museum and few of the downtown hotels that drew pretty well for an initial new event.

We do not have too many pictures from the event but I do have a couple I have put up below of our Porsche 911-R replica that we had and were racing at the time with SCCA and doing number of things with the local Sport Haus fellows. Also at this time was when Porsche still had their national headquarters here right before they moved to Atlanta,GA.

We had a nice spot with many other Porsches from around here and Northern California right in front of Harrahs and at the time the Planet Hollywood was being completed at that time. If anyone visiting our post has some pictures from this event, send them out and we could post a few more here.

Our 1968 Porsche 911-R replica along Virginia Street in front of the construction for the Planet Hollywood, along with a major gathering of many other marques. 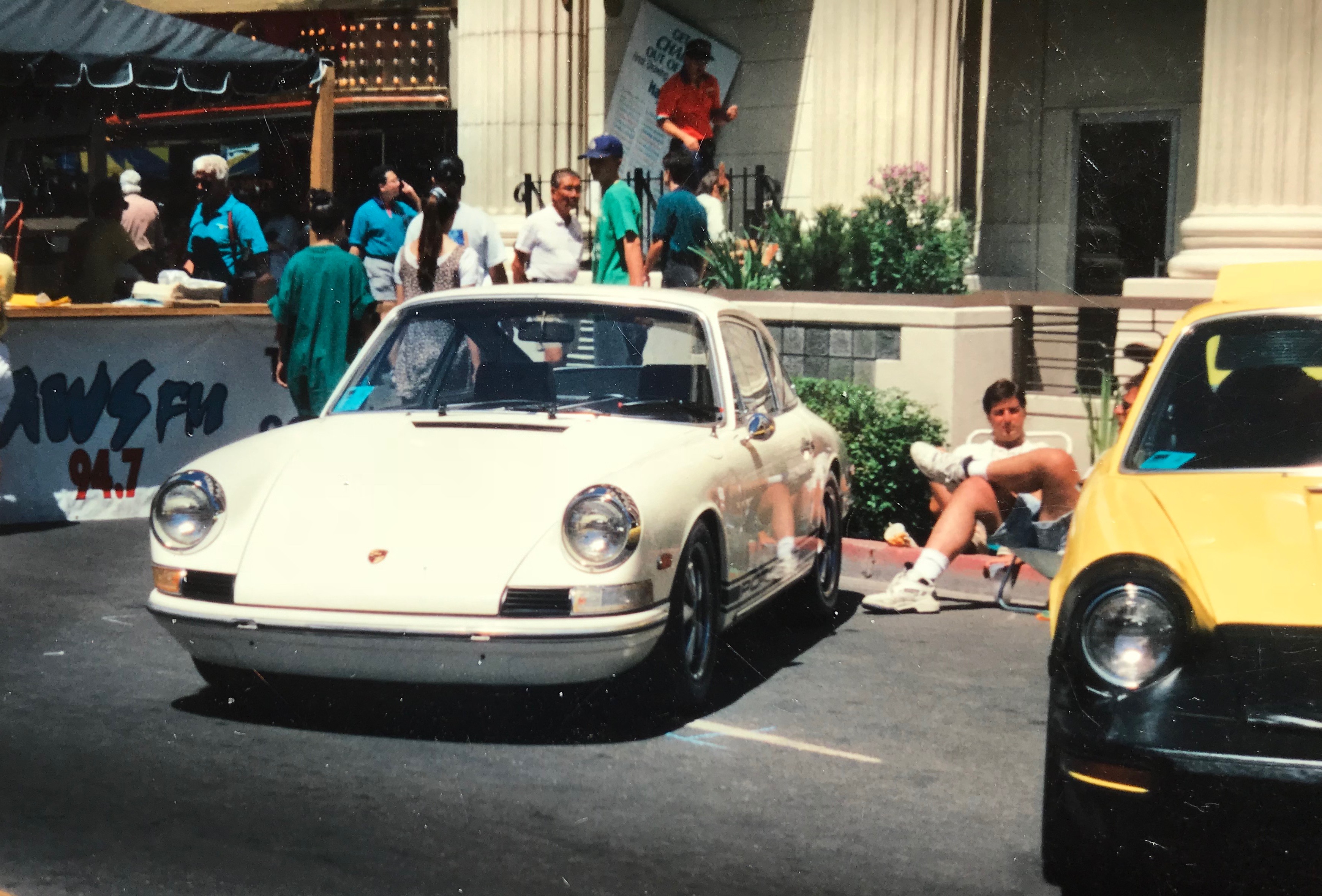 Our Porsche again right by the entrants booth and Harrahs entry in downtown. 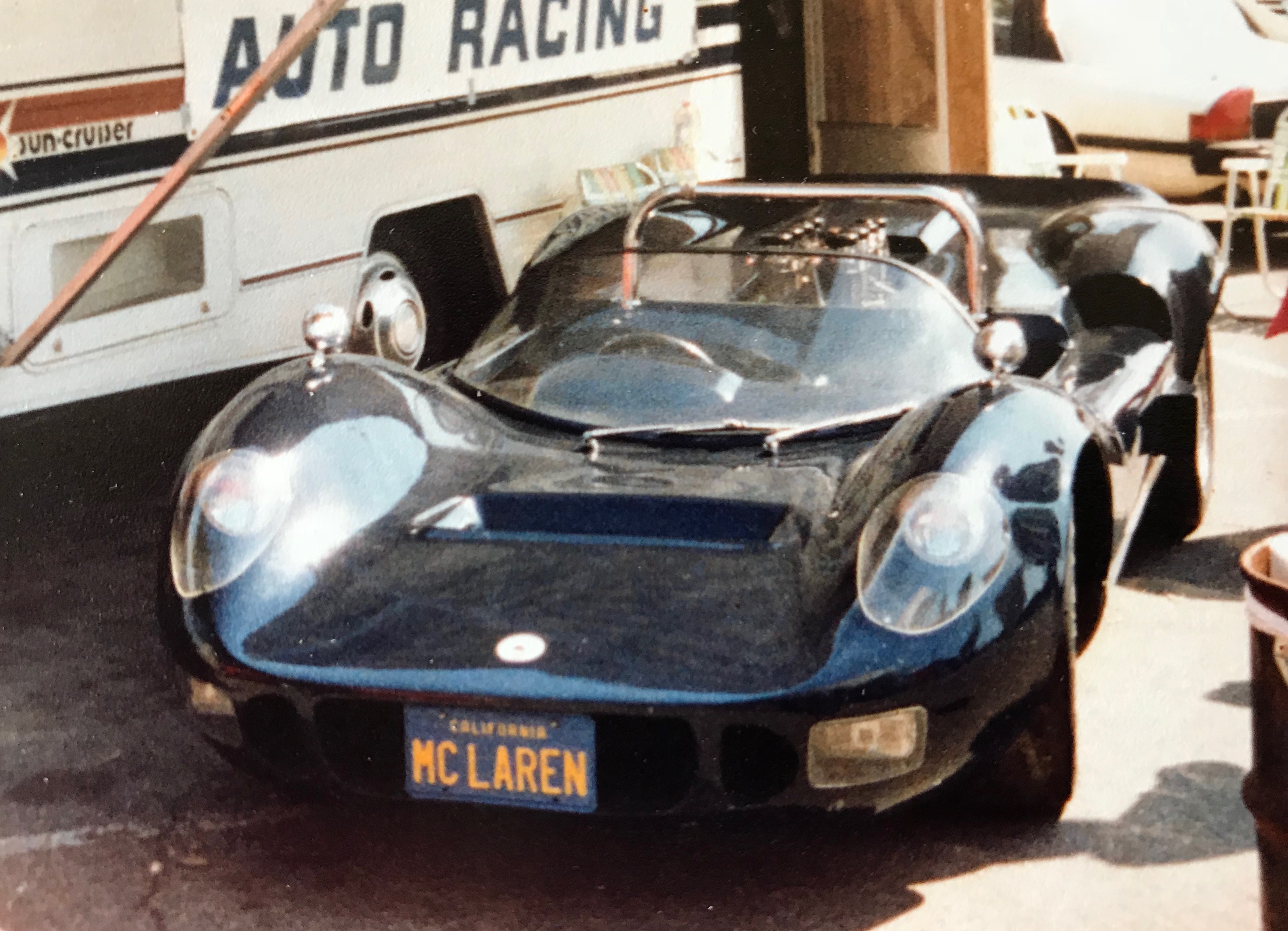 An early 60’s M1B McLaren Can Am car down the way from our set-up. 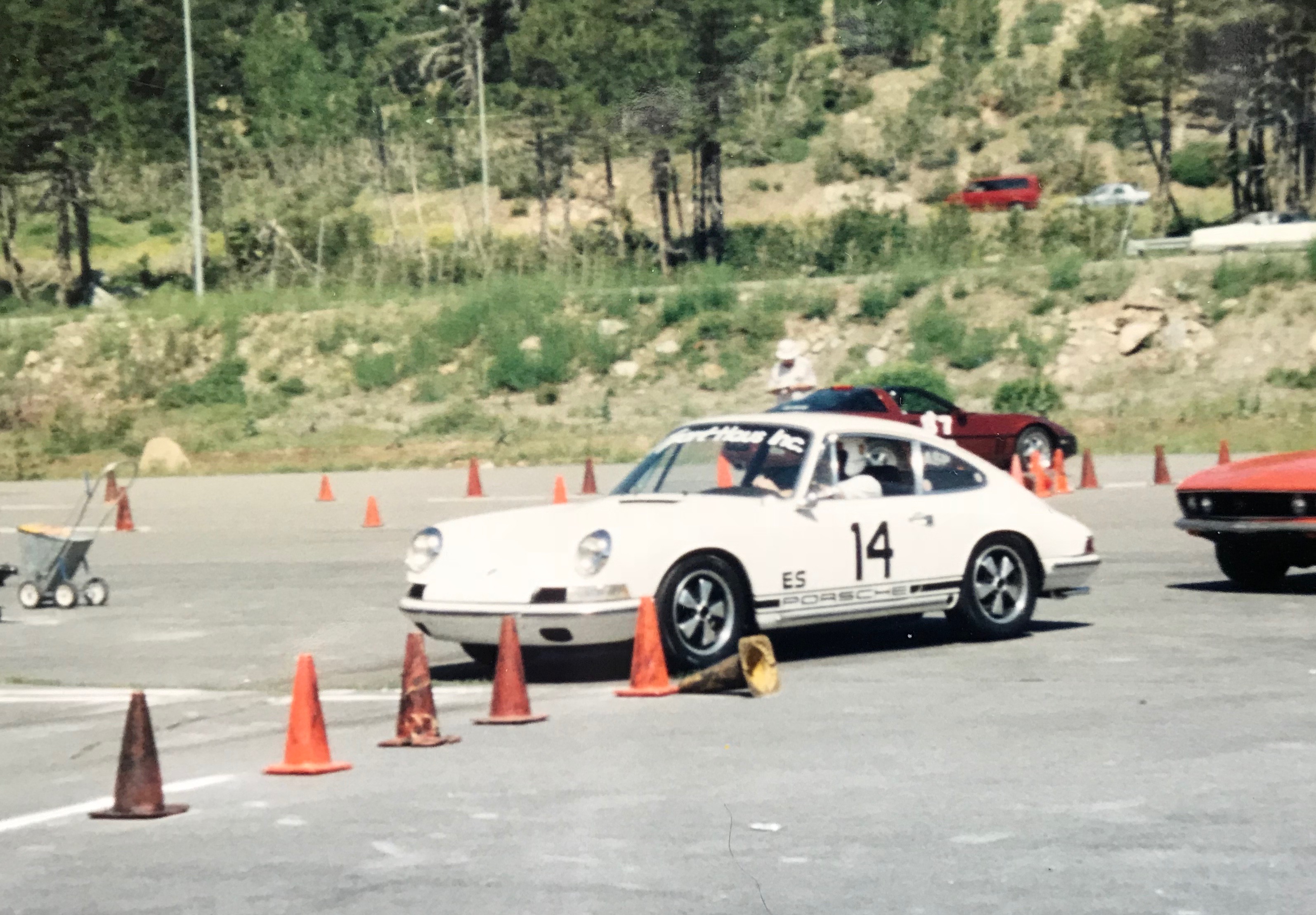 At start of an SCCA Autocross held as part of the events that was at the Boreal Ski Resort. I remember it was a pretty good show up there……. 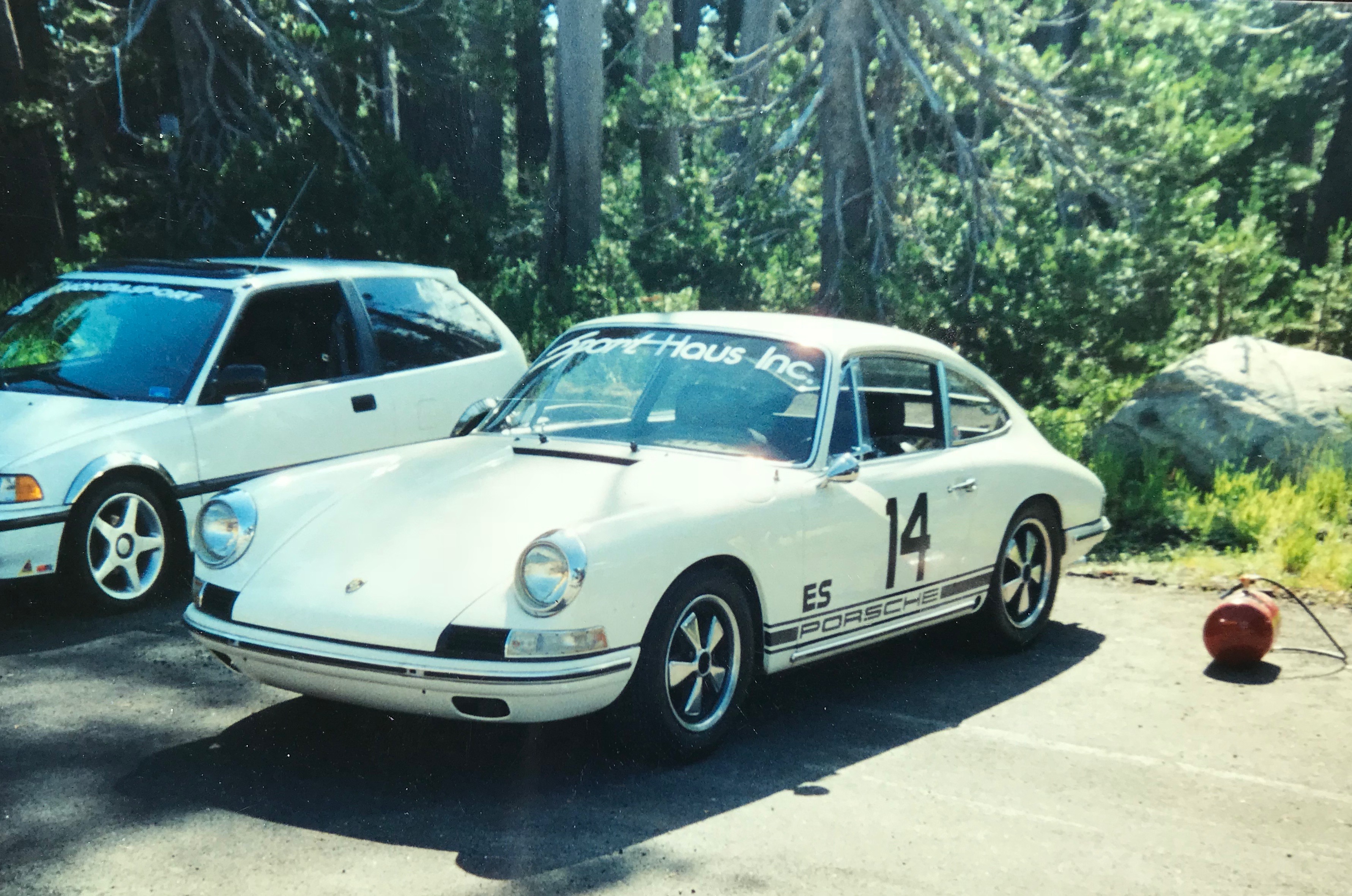 Pitting and prepped in the trees right by the Boreal Ski Club House. It was, and still is, a very beautiful setting. Would like to run up there again some time if local SCCA could get set up again.. 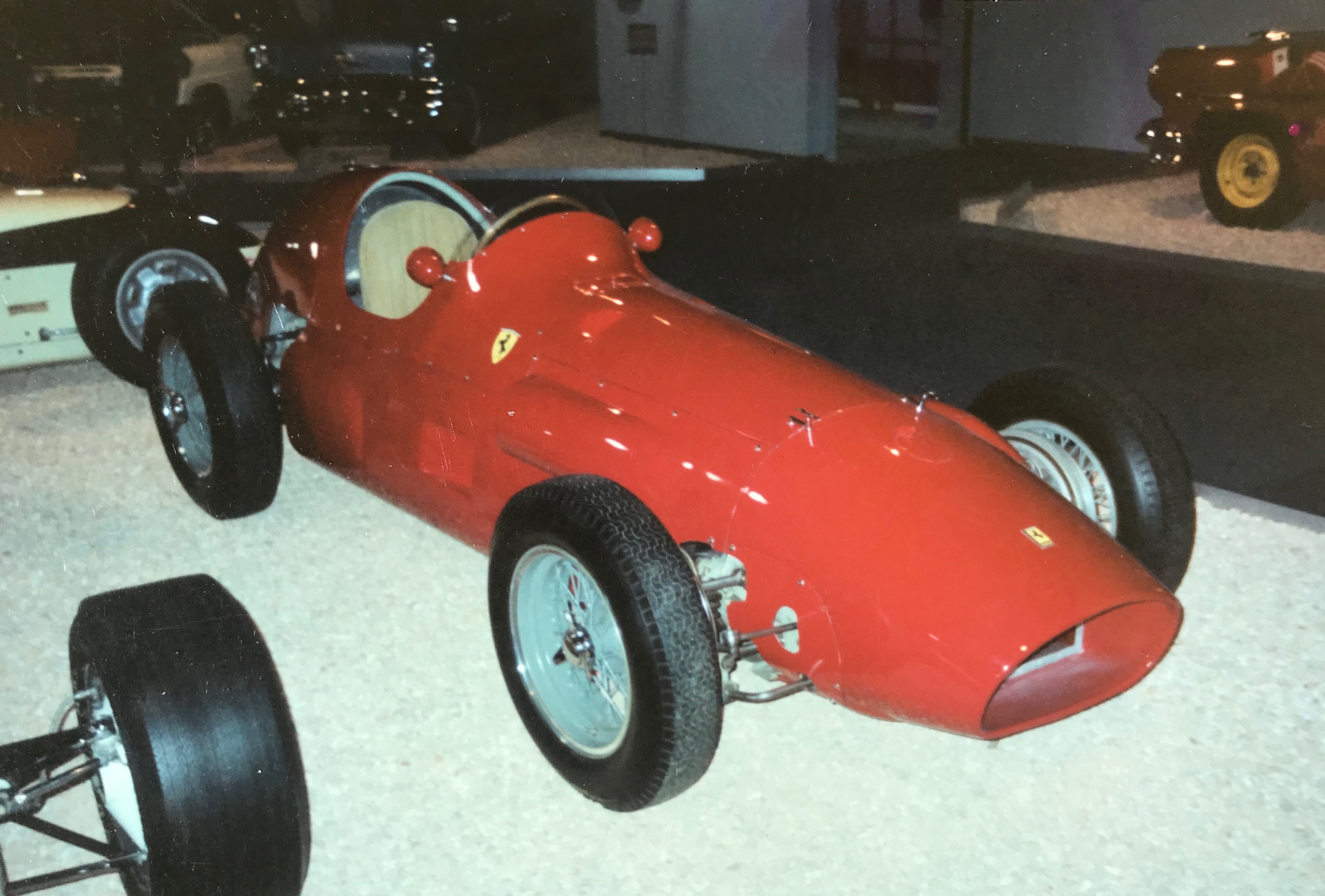 During event, the National Auto Museum was open to all and we took some friends down the block to see “Our” Ferrari. The museum has a program called “adopt a car” and families and car clubs adopt to take care of a chosen/designated car. At the time, my family had this 1955 Ferrari F1 car driven by Mike Hawthorn, in the livery of British Ferrari Team of Maranello Concessionaires with their trademark light blue wheels. It was a cool and fun program that allowed you to clean and have parties etc with some truly great cars. They even hosted Halloween Parties with many of the kids helping to hand out candies by “their families” cars. Not sure if they still do that program, may now have to go check on that…… 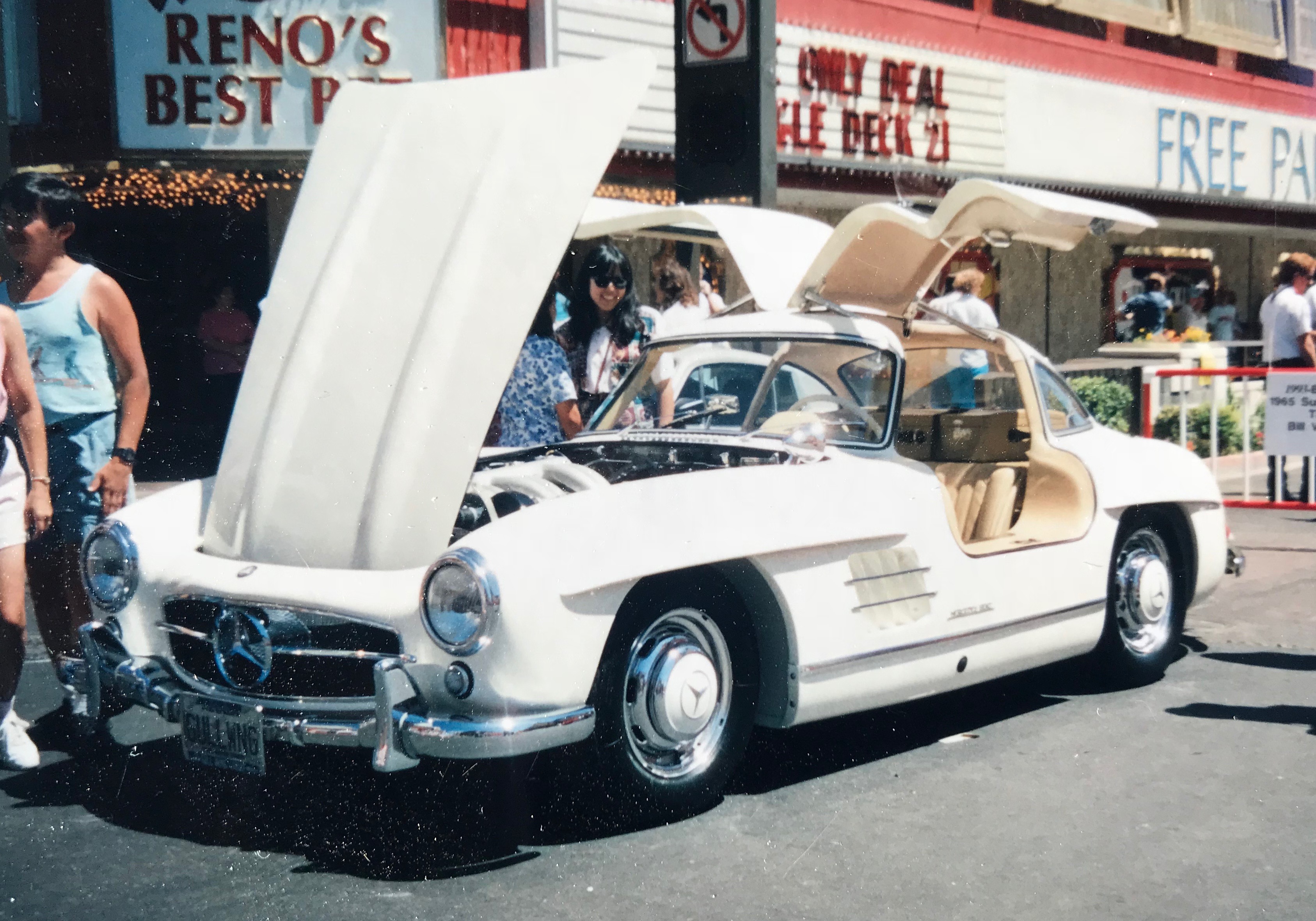 The National Auto Museum, which was previously the Bill Harrah Collection, brought out their beautiful Gull Wing Mercedes Benz. 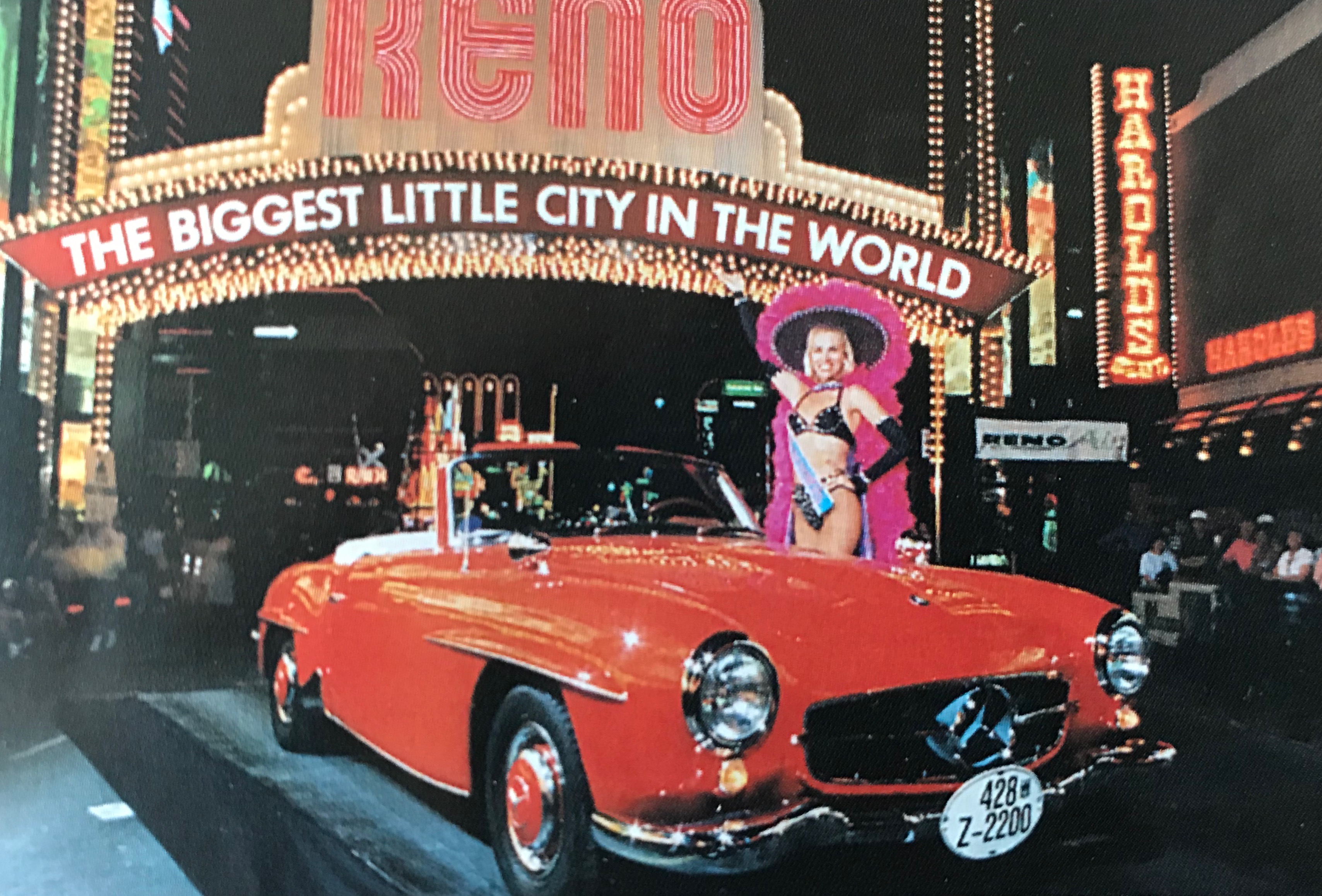 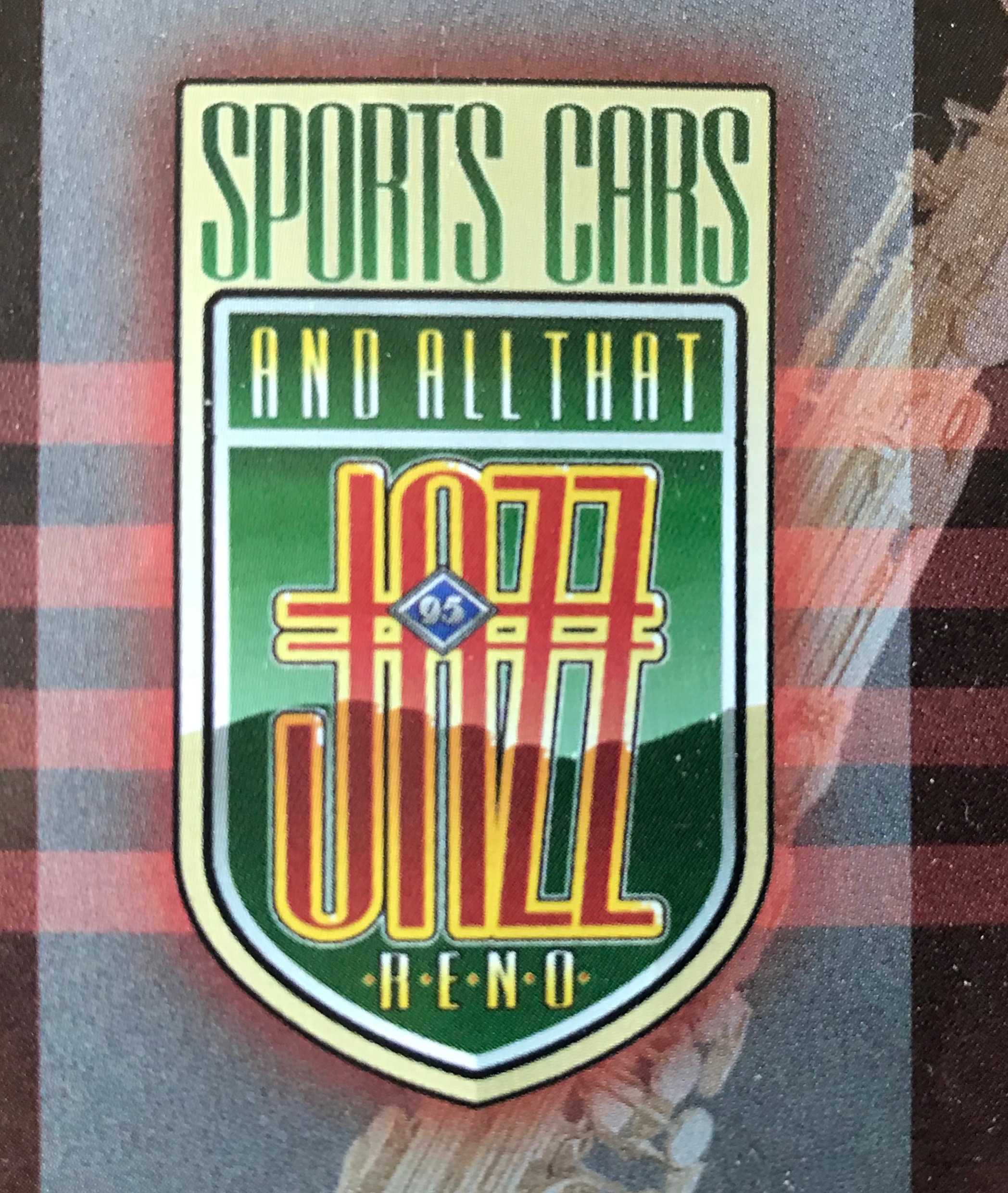 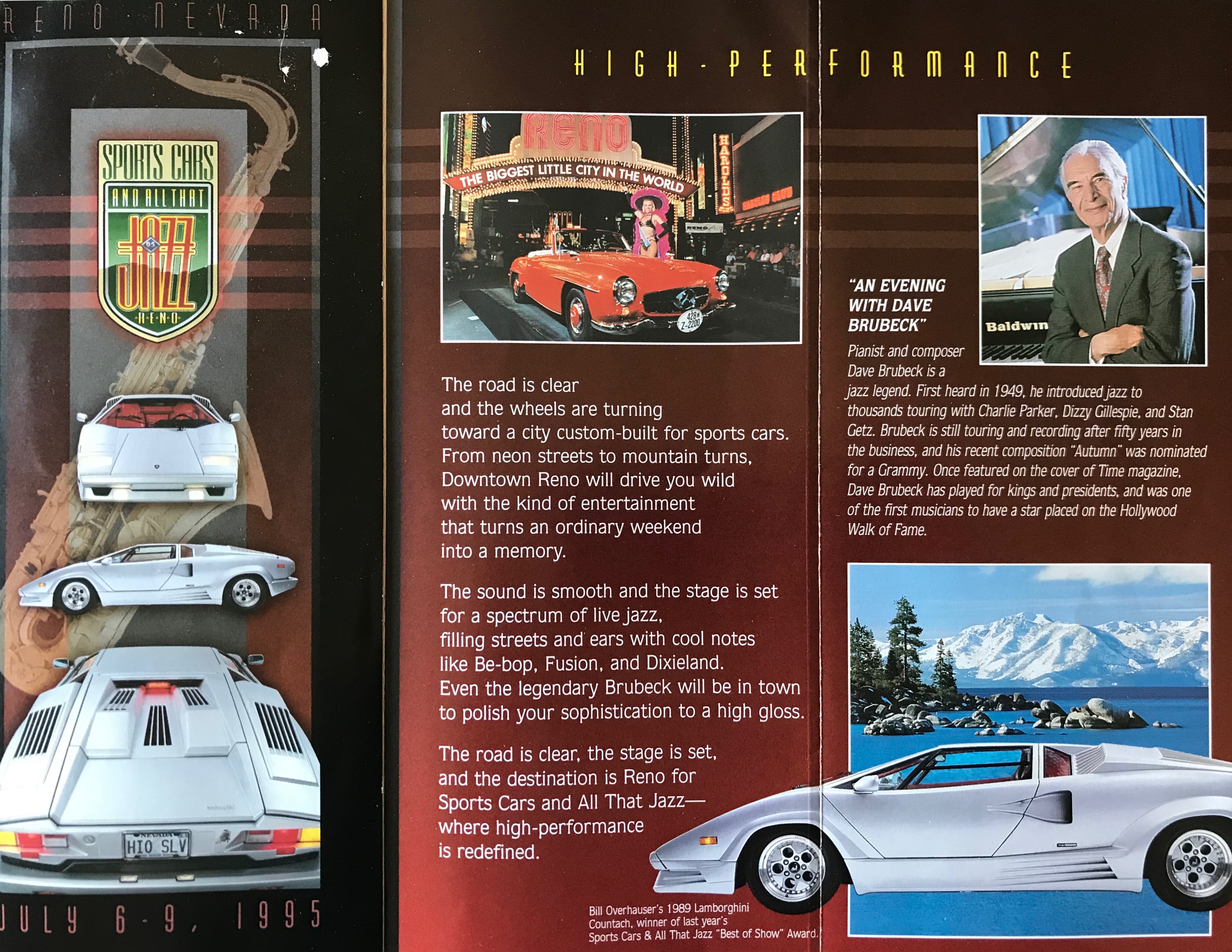 One thought on “SPORTS CARS and ALL THAT JAZZ: Downtown Reno Event from the 1990’s”