We have set this up as our new site. We were originally called Reno Musclecars a number of years ago, but we have now changed to NEVADA MUSCLECARS  as we move forward with some “new” items and features and eventually some products and affiliate programs/links and even some upcoming video features called “Wheels in Motion”……

As of early November the 6th episode of “Wheels in Motion” is in final editing and it includes our GT 3 Yellow “Turd” Mustang at the SCCA Stead Air Base Autocross and part of show at Resto-Mods at Reno 17. Should be posted in early December….we did not get the chance to race the Vintage Race at Thunderhill last month unfortunately given some family things that took precedence….

Also we have now set up a service to take old films, pictures, slides etc and put them in digital form through our new production group for RACE MOTION PIX at racemotionpix.com. Please see other post on our home page……

Thanks again for Visiting and as always…. TACH IT UP……!!! 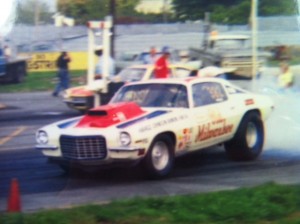 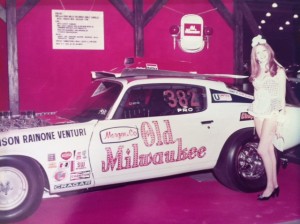 1972 Pro Stock Camaro as run for Old Milwaukee/Musclecar Show in Chicago(1973) and Penthouse Pet of the year Karen Sather. 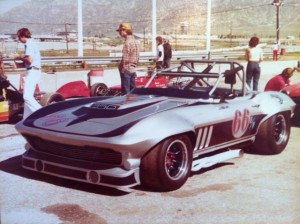 1966 Corvette B Production SCCA Road Racer done by CUSTOM CRAFT when we were out of San Diego area, at one of the last Regional Races at Riverside International Raceway prior to the famous facility closing…..See book “Lost Road Courses” and our post. 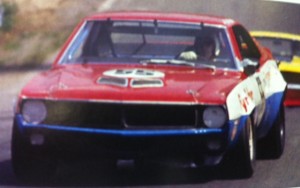 Another ‘Vette with some past history I was around as young kid in the Chicago area. One of the Tero Corvette SCCA Cars driven by Dave Rex and later by Dave Maclymont. This car was out here in Northern Nevada a few years back when we hosted an HMSA Vintage Race at the Reno-Fernley Raceway. A young lady and her Dad from Alpine,California had restored it and had it properly attired in the relatively famous Orange and Purple paint scheme made famous from the Nickey Chevrolet Purple People Eater cars of Jim Jeffords and Ron Kaplan. Most of the team that put a couple of these cars together were from Nickey Racing and my Dad and one of our best friends were the painters in the Race Shop and did the original cars in the mid ’60’s. Saw these original cars run at Road America and Black Hawk Farms and it was really nice to see one of them again with some very nice people maintaining it. I believe they are still running a few Vintage Events such as Coronado with this brightly painted old B/P Vette. 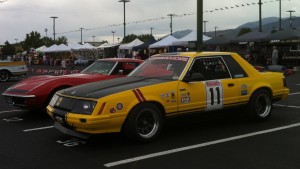 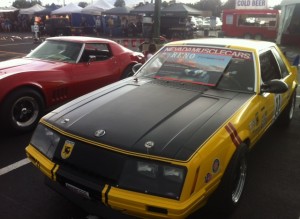 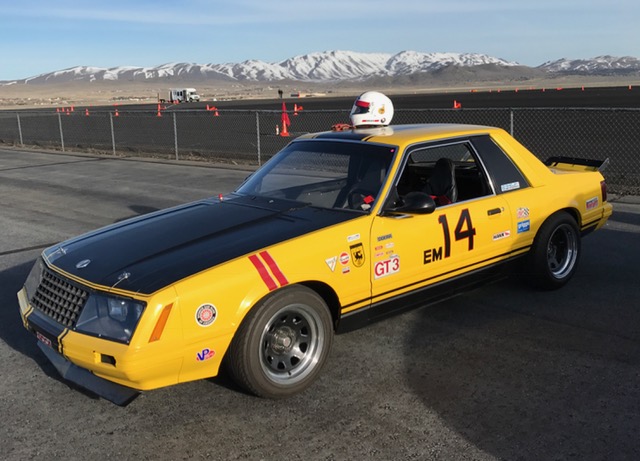 The yellow “TURD” after tech at Stead earlier this year. Ran solid but needs to be geared shorter for a tight small autocross course as it it geared taller for longer true road race course. 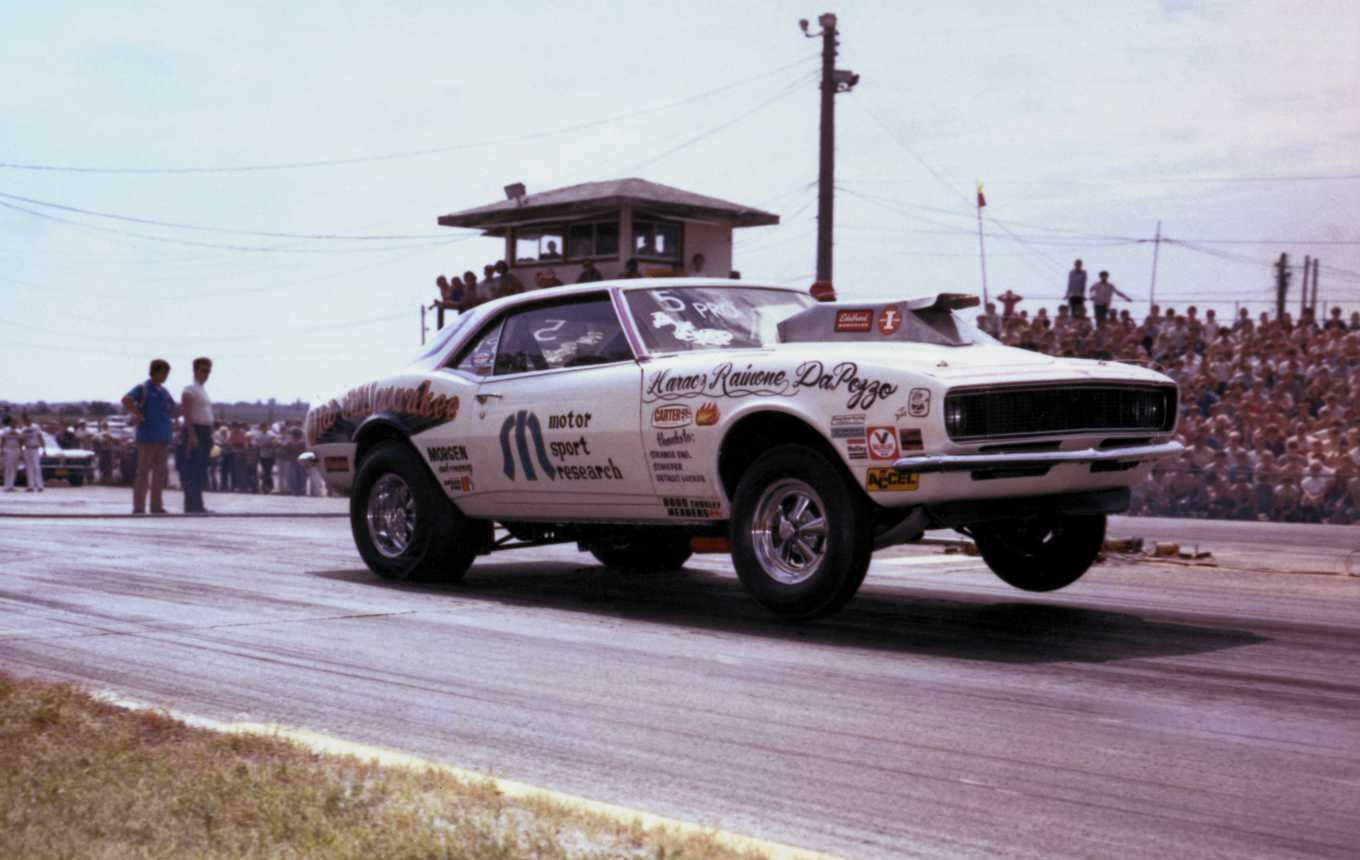 The first Old Milwaukee sponsored race car. 1968 Chevy Camaro from our good friend and prior associate Marty Haracz. Car was driven by John Rainone and Al DaPozzo  and campaigned throughout the midwest in late sixties before the ’71 Camaro Pro Stock was built.Pics are above and the new car was also sponsored by Old Millwaukee with help from Motor Sport Research….TACH IT UP….!!!